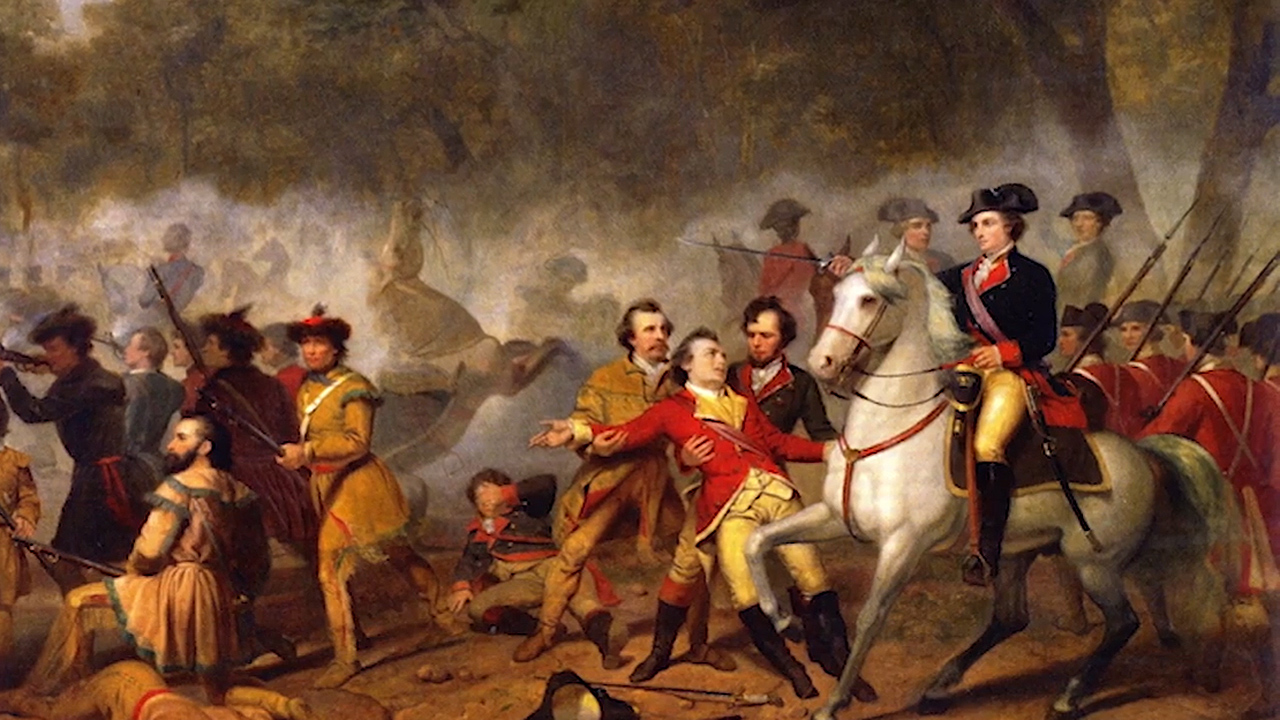 Historians are fond of complicating popular historical narratives, but few do so as enjoyably as Alan Taylor in his 2010 book, The Civil War of 1812. Rather than focusing on the War of 1812 as a national conflict between the U.S. and Britain, Taylor’s work reexamines it as a war fought around fluid and ill-defined borderlands, often to the confusion and protest of the inhabitants who found themselves on both sides of an arbitrary boundary between empire and republic.

Taylor’s argument is echoed in another recent work by author Kathleen Burk, in The Lion and the Eagle: The Interaction of the British and American Empires, 1783-1972. Here she too makes the case that the American Revolution did not produce a clean break from the mother country. Instead the formation of the United States drove an artificial border between many culturally similar peoples, including native Indians, American settlers, and British immigrants. People who had very little to gain from participating in the conflict met the republican and imperial demands for competing loyalties with general frustration, antipathy, and resentment. As Taylor describes: “Among rural people on both sides of the border, personal relationships mattered more than abstract allegiance to nationalism” (Taylor, The Civil War of 1812, p. 292).

Canada’s English speaking population probably stood to loose the most from the War of 1812. The first large wave of these immigrants were mostly Loyalist war refugees from the thirteen colonies during the American War for Independence. These were soon followed by a second wave of 30,000 “Late Loyalist” Americans between the years 1792-1812. Ironically these immigrants moved to British-Canada fleeing the higher American taxes, as well as seeking the free farm land promised to new Canadians who took an oath of allegiance to the Crown. As part of their oath of loyalty they were expected to defend Canada against an American invasion, but the British government expressed strong doubts that these opportunistic colonists would actually bear arms against their former countrymen. This became an increasing source of concern as by the start of the War of 1812 these Late Loyalists had become the majority population of Upper Canada.

Meanwhile the United States was experiencing its own migration, the first since becoming a new country, this one from Irish war refugees fleeing the failed Irish Republican uprising of 1798. These new immigrants added to the complex divide between the U.S. and Britain, since Britain insisted on maintaining a double standard for British subjects to a king vs. American citizens under a republic. Britain was perfectly content with accepting the loyalties of former American citizens, while insisting that natural born subjects of the Crown were subjects in perpetuity. “So they insisted on their right to reclaim any subject found on the high seas and to make subjects of foreign-born sailors and of American settlers in Canada. This double policy angered Americans hypersensitive to any erosion of their new independence” (p. 9). Furthermore, once war broke out, Britain declared that all former subjects found bearing arms in the U.S. army or navy would be executed as traitors, regardless of how long ago they had emigrated (p. 356). These harsh measures taken against Irishmen both before and during the war only increased Irish republican hatred for the empire.

But just as Republican Irish were filling the ranks of American armies, they found themselves facing thousands of Irishmen who had also fled war ravaged Ireland by seeking employment in the British army. Both nations worried that Irish regiments from the other side would encourage their own to desert. And many of those captured by Americans, lured by an easy captivity and a life away from the British military, did in fact either refuse to return to the British Army when paroled, or fled from prison in order to stay in America (p. 372).

Americans also believed that Late Loyalist Canadians would be easily swayed to their side, but when U.S. forces invaded Upper Canada, they were bitterly disappointed to discover that the American emigres were not eagerly awaiting liberation by a Republican army. While the local population was indeed initially welcoming towards their former countrymen, the destruction wrought by American troops, particularly the Irish eager for revenge against Britain, quickly alienated Canadian-Americans (p. 9). However, Canadians were equally indifferent towards their own imperial government, and increasingly so as the British military imposed harsh punitive measures out of frustration with the lack of Canadian cooperation. Plundered by both armies, most Canadians were willing to give mild support to whichever side they thought most likely to win and bring about a quick end to the pointless fighting (p. 302).

Meanwhile in the U.S., Anglophile Federalists bitterly denounced the war as the result of dangerous, overzealous republicanism. The Federalists threatened to turn the conflict into a civil war within the United States by serving as spies and smugglers for Britain, and even suggesting that New England secede from America (p. 415). But few Americans in general were even willing to serve in the U.S. military, and the U.S. government had to go to great lengths to acquire recruits willing to fight in Canada (p. 325).

The war also divided people within the various Indian tribes. While most Indians allied with the British, those within the U.S. borders, such as the Haudenosaunee, did not have the strength to fight the U.S. They worried, however, that if they remained neutral they would lose out on the prestige being gained by Indians allied to the British. “In addition to the plunder and scalps of war, their warriors coveted the gifts bestowed by the British on their allies. The Buffalo Creek chiefs also worried that their Grand River rivals would exploit the British victories to seize Grand Island in the Niagara River, a valuable hunting ground claimed by both sets of chiefs” (p. 229). Their eventual choice to ally themselves with the U.S. and the resulting fighting among the Indian tribes came as quite a surprise to the British who had simply assumed that they were the “natural ally of all Indians” (p. 231).

The War of 1812 was the culmination of the British attempt to smother, and the American attempt to expand, the republicanism birthed by the American Revolution. “Like the revolution, the War of 1812 was a civil war between competing visions of America: one still loyal to the empire and the other defined by its republican revolution against that empire” (p. 12). To achieve these goals American armies used Irish and Indians to fight Irish and Indians in British armies, over lands belonging to American immigrants in British Canada. But this was not the history that ended up being recorded in popular retellings of the war.

The postwar culture generated distinct, national histories on both sides of the border. To bolster patriotism within, the historians made foils of the people on the other side of a newly significant border. Those histories subtly distorted the war by imposing on the past the nationalism spawned after that conflict and because of it. By writing of the Americans fighting the British as distinct nations, each united, the patriotic historians obscured the civil war waged for the future of the empire and of the continent, a civil war that had divided Americans, Indians, and the Irish during a lingering age of revolution. (p. 458)

George Harrell lives with his family in Northern Idaho, where he teaches courses in history and economics with Kepler Education. He also writes about American history at shotglassofhistory.com