By
Ben Lewis
|
October 23, 2019
April 11, 2019
Untethering people from the past creates not empty vessels, waiting to be filled with virtue, but rootless individuals, filled with the the innate frailties of man.
History

Untethering people from the past creates not empty vessels, waiting to be filled with virtue, but rootless individuals, filled with the the innate frailties of man. 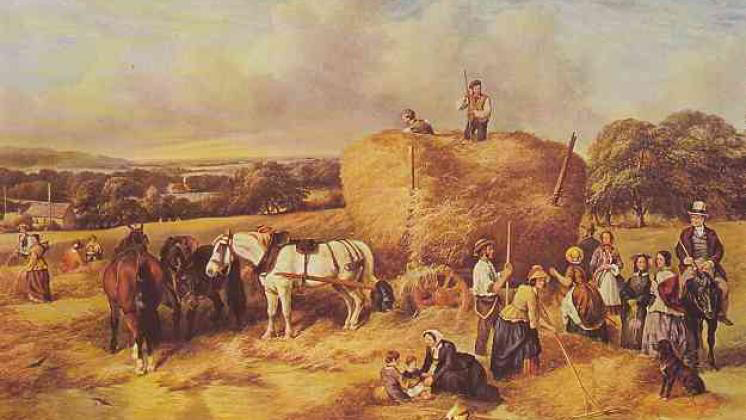 Roger Scruton recently said, in response to his being embroiled in a manufactured social media controversy, that “Twitter had made morons of us all.” Now, it might be that Twitter’s role has been in the exposing rather than the making of morons, but on this score Scruton is fairly on point. Online-induced idiocy is patently on display on any given day, but it always seems to ramp up to more hysterical levels around July 4th. There’s something about celebrating a historical event, apparently, that makes the ill-informed opinionati of the digital universe more brazen in shouting their denunciations of historical figures and, by extension, their own moral superiority to them.

This year’s Independence Day controversy was jump-started by Nike’s decision, with an assist from quarterback-turned-activist (but obviously not historian) Colin Kaepernick, to recall sneakers with Betsy Ross’s revolution-era flag on the back. Ross’s flag, most Americans learned for the first time, apparently represents slavery or white supremacy or some similarly unappealing sentiment. Why? Well, because slavery existed at the same time the flag did. The people who made this argument apparently don’t care that cum hoc ergo propter hoc reasoning is a recognized fallacy, nor do they care that slavery antedated Betsy Ross’s flag (and the Declaration of Independence, and the American Revolution) by a few millennia. If we’re jettisoning everything in history that simply existed concurrently with slavery, we’d have to mark some time around 1890 as the beginning of history. And even then, only in the West – there are still some parts of the world that are waiting, by this standard, for history to begin.

But the lesson of the internet is to never let facts or careful analysis get in the way of your ostentatious posturing, so today’s “controversies” surrounding the American founding never get fairly analyzed, nor extrapolated to their logical conclusions. This is because modern mass society is filled with barbarians in the sense meant by Richard Weaver when he wrote, ““The man of culture finds the whole past relevant…the barbarian[s] find relevant only what has some pressing connection with their appetites.” In modern society, where cultural self-flagellation is sport, the overwhelming tendency is to search for ways in which historical figures were benighted and to thus discredit their entire lives and eras on that basis.

And so, in a society that has suddenly become so uncomfortable with binaries on other topics, history has been reduced to simple question of good or bad. The idea that history is a complex network of different and competing ideas, priorities, motivations, and personalities is simply not up for consideration. To the modern mind it’s impossible that people in the past inherited a multiplicity of social problems and sought to deal with them as best they could. That they didn’t do this perfectly doesn’t mean that they didn’t try to do it at all (and, as Kevin Gutzman recently wrote on Facebook, the Founding Generation made obvious and important contributions to the end of slavery). Nor do moderns have the humility to recognize that their own conceptions of morality, on which their well-developed sense of moral superiority is built, are founded on the ideas and contributions of the very people they criticize.

We may disagree, even vehemently, with the way people in the past approached some issues and still not consider their legacies to be entirely without merit. We can recognize that the mere fact that this or that historical figure was wrong on an issue, or a constellation of issues, doesn’t mean that they were wrong on every issue. But even the possibility of this perspective is denied by the ignorant superficiality of the modern analysis. Indeed, the modern view can hardly be called history at all. Rather, it is an obvious misreading and oversimplification of history, a baldly political perspective that spurns historical complexity for easy narratives that often lead not-so-subtly in the direction of collectivist Progressivism. As Weaver wrote,

History has always been a sobering discipline because it presents the story not only of man’s achievements but also of his failures. History contains many vivid lessons of what can happen to man if he lets go his grip upon reality and becomes self-indul­gent; it is the record of the race, which can be laid alongside the dreams of visionaries, with many profitable lessons. Yet the modern tendency is to drop the old-fashioned history course and to substitute something called ‘so­cial science’ or ‘social studies’… What this often turns out to be is a large amount of speculation based on a small amount of history, and the speculation is more or less subtly slanted to show that we should move in the direction of socialism or some other collectivism.

Weaver concluded, “There is more to be learned about the nature of man as an individual and as a member of society from a firm grounding in ancient and modern history than from all the ‘social studies’ ever put together by dreamy ‘pro­gressive’ educators.” All this was bad enough in Weaver’s day, when the state of education had deteriorated to the point of presenting history in this disfigured form. It’s worse today, when the problem is exacerbated by culture telling everyone that their opinions are worth hearing and technology providing the ability to voice them. Nothing in this scenario will lead to understanding or an appreciation of the triumphs and failures of the past, because nothing in this scenario is oriented towards that goal.

If history were merely a collection of events that happened in the past, how people perceived it might not be so important. But history tells us where we, as humans and as societies, have been and offers direction on how we should proceed, or not proceed. The modern fallacy is not simply in insisting that history is binary. It is also in concluding that anything labeled “bad” can simply be dispensed with and forgotten, that it doesn’t provide context to who and where we are. Like many forms of “liberation,” liberating people from their past offers hopes that can only go unfulfilled. Untethering people from the past creates not empty vessels, waiting to be filled with virtue, but rootless individuals, filled with the the innate frailties of man and without a historical record with which to recognize and deal with them.

Destroying history, the memory of a society, is the surest path to the conflagration of revolution. It would be unsurprising if, for many, this was not ultimately the point.

Ben is a writer living in Ohio with his family. His reading interests are focused primarily on history and traditionalist conservatism and their relation to libertarianism. He is a contributing editor for Austro Libertarian.