Austro-Libertarianism as a Meaningful Phrase

By
Chris Calton
|
October 23, 2019
May 14, 2019
While political and economic theory are categorically distinct, the case can be made for the unity of Austrian Economics and Libertarianism into a meaningful phrase.
Political Theory

Austro-Libertarianism as a Meaningful Phrase

While political and economic theory are categorically distinct, the case can be made for the unity of Austrian Economics and Libertarianism into a meaningful phrase. 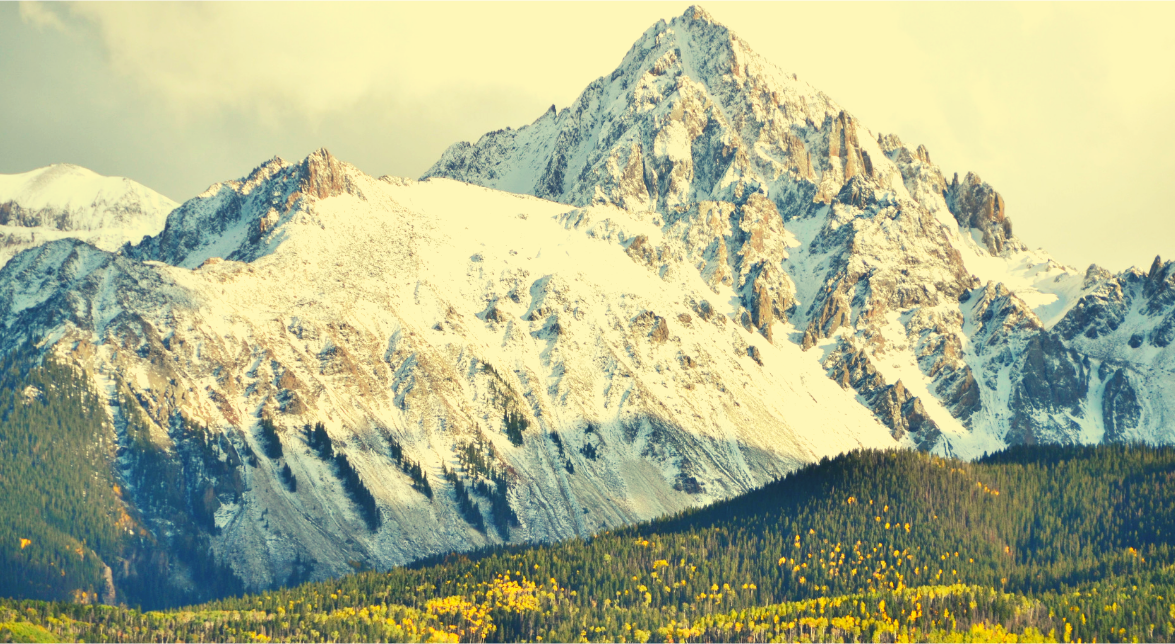 This article originally appeared in the inaugural, Winter 2019 issue of the Austro Libertarian Magazine.

The hyphenate “Austro-Libertarian” connotes two conceptually unrelated categories of ideas. On the one hand, “Austro” refers to the study of Austrian economics, a school of thought that seeks to understand causal regularity in economic activity without adopting any value judgments about outcome. “Libertarian” refers to an ethical philosophy that asserts value judgements about given means and ends. The phrase itself, therefore, does not prioritize the political side of libertarianism, though it certainly does speak to political implications that derive from the philosophy itself.

In this regard, of course, the critics are correct. Even Murray Rothbard, a paragon of moral libertarianism, acknowledged that Austrian economics is a value-free science. In Power and Market, he devoted a chapter to the praxeological criticism of ethics, which he introduced by asserting that “Praxeology – economics – provides no ultimate ethical judgments: it simply furnishes the indispensable data necessary to make such judgments.”

This is consistent with Mises’s utilitarian approach, as he stressed in Human Action:

Ethical doctrines are intent upon establishing scales of value according to which man should act but does not necessarily always act. They claim for themselves the vocation of telling right from wrong and of advising man concerning what he should aim at as the supreme good. They are normative disciplines aiming at the cognition of what ought to be. They are not neutral with regard to facts; they judge them from the point of view of freely adopted standards.

This is not the attitude of praxeology and economics. They are fully aware of the fact that the ultimate ends of human action are not open to examination from any absolute standard. Ultimate ends are ultimately given, they are purely subjective, they differ with various people and with the same people at various moments in their lives. Praxeology and economics deal with the means for the attainment of ends chosen by the acting individuals. They do not express any opinion with regard to such problems as whether or not sybaritism is better than asceticism. They apply to the means only one yardstick, viz., whether or not they are suitable to attain the ends at which the acting individuals aim.

Mises stressed that the laws of cause and effect operate universally, regardless of any moral judgments. The role of the economist is to analyze the means that people employ toward given ends. The judgment of the ends themselves should be left to the ethicists.

In short, economists can have whatever personal ethical values they want, but their moral judgments have no bearing on real-world causal relationships. Ethics cannot inform economics. Given this, it is understandable why so many people who are both Austrian economists and libertarians object to the coupling of the ideas under the term “Austro-Libertarian.”

Why, then, did a professionally trained economist such as Murray Rothbard, who fully recognized the value-free nature of Austrian economics, embrace the label of “Austro-Libertarian”?

Unlike most social scientists, including Mises himself, Rothbard stressed the importance in treating ethics as a legitimate, scientific field of inquiry. While scientists (particularly social scientists) have tossed out ethics in favor of “objectivity,” Rothbard believed that the neglect of ethics has actually diminished genuinely objective scientific inquiry. In “The Mantle of Science,” Rothbard wrote:

The classical philosophical view that a rational (that is, in the broad sense of the term, a “scientific”) ethic is possible has largely been discarded. As a result, the critics of Wertfrei [the idea that science must never make value judgments], having dismissed the possibility of rational ethics as a separate discipline, have taken to smuggling in arbitrary, ad hoc ethical judgments through the back door of each particular science of man. The current fashion is to preserve a façade of Wertfreiheit, while casually adopting value judgments, not as the scientist’s own decision, but as the consensus of the values of others. Instead of choosing his own ends and valuing accordingly, the scientist supposedly maintains his neutrality by adopting the values of the bulk of society. In short, to set forth one’s own values is now considered biased and “nonobjective,” while to adopt uncritically the slogans of other people is the height of “objectivity.” Scientific objectivity no longer means a man’s pursuit of truth wherever it may lead, but abiding by a Gallup poll of other, less informed subjectivities.

Examples of implicit value judgments in the field of economics are easy to find. The idea of “positive” and “negative” externalities provide an easy example, as it would be impossible to identify externalities as either “positive” or “negative” without assuming some value judgment of good and bad. In “Fallacies of the Public Goods Theory and the Production of Security,” Hans-Hermann Hoppe makes a similar point about public goods:

To come to the conclusion that the state has to provide public goods that otherwise would not be produced, one must smuggle a norm into one’s chain of reasoning. Otherwise, from the statement that because of some special characteristics they have, certain goods would not be produced, one could never reach the conclusion that these goods should be produced. But with a norm required to justify their conclusion, the public goods theorists clearly have left the bounds of economics as a positive, werfrei science. Instead they have moved into the realm of morals or ethics, and hence one would expect to be offered a theory of ethics as a cognitive discipline in order for them to do legitimately what they are doing and to justifiably derive their conclusion.

Even with these concessions, all we have is a demonstration that many, if not all, social scientists are violating their purported claim to objectivity; it does not contradict Mises’s notion that praxeology itself is only concerned with the means and is, therefore, value-free by its very nature. In “The Mantle of Science,” Rothbard seems to be calling for the conscientious study of ethics in part to avoid the inadvertent adoption of value judgments that corrupt theories such as those regarding externalities and public goods.

These insights demonstrate that the lack of a proper and systematic study of ethics nurtures the ad hoc adoption of value propositions that can misinform economic analysis, but they do not demonstrate that even sound ethics can enhance economic analysis. For the Austro-Libertarian, then, the question is whether Austrian economics can inform libertarian ethics. It is in this that Rothbard believed the concept of Austro-Libertarianism finds meaning. In Power and Market, Rothbard wrote:

Praxeology may be extended beyond its current sphere, to criticize ethical goals. This does not mean that we abandon the value neutrality of praxeological science. It means merely that even ethical goals must be framed meaningfully and, therefore, that praxeology can criticize (1) existential errors made in the formulation of ethical propositions and (2) the possible existential meaninglessness and inner inconsistency of the goals themselves. If an ethical goal can be shown to be self-contradictory and conceptually impossible of fulfillment, then the goal is clearly an absurd one and should be abandoned by all....

We therefore propose to place a restriction on the unlimited validity of anyone’s ultimate ethical valuations. In doing so, we still are not pushing beyond the bounds of praxeology to function as ethicists, for we are not here attempting to establish a positive ethical system of our own or even to prove that such a system is attainable. We believe only that praxeology should have the right of veto, to discard any ethical propositions that fail to meet the test of conceptual possibility or internal consistency.

Rothbard goes on to list a number of ethical objections people have made against the free market, according to the alleged consequences of capitalism. Through the value-free application of praxeology, Rothbard contends that these value-laden moral objections should be rejected outright. In other words, the value-free science of human action can actively inform our own moral judgments, even if it isn’t used to “establish a positive ethical system of our own.”

Rothbard’s point holds true even outside the ethical libertarian framework of non-aggression. For example, to suggest that both economic prosperity and egalitarianism are moral goods – as the philosopher John Rawls famously did, offering the proviso that egalitarian principles can be put aside for any policy that economically benefits the poorest class – then praxeology helps expose the contradictions inherent in such a philosophy. Through a value-free Austrian analysis of cause and effect, it is clear that egalitarianism and prosperity are in conflict with each other. If we accept Rothbard’s claim that “praxeology should have the right of veto, to discard any ethical propositions that fail to meet the test of conceptual possibility or internal consistency,” then Rawlsian ethics can be rejected full stop without ever violating Mises’s assertion that praxeology is a value-free science.

Economics, properly studied according to the Austrian method, thus informs our ethics. We are not Austrian economists because we are libertarians, but we are – at least in part – libertarians because we study and subscribe to Austrian economics. Alternatively stated, our libertarianism as a set of ethically laden propositions is bolstered and defended by our understanding of praxeology. The critics of the Austro-Libertarian label are confused by their implicit belief that interdisciplinary influence can only run in one direction – namely, that the libertarianism must be influencing the economics.

Rothbard, by contrast, recognized two vital points. First, that social scientists who neglect to study ethics are unable to recognize when they smuggle moral propositions into their analyses. Second, he realized that Austrian economics can help inform the necessary study of ethics, just as it can inform history, sociology, or any other study of man. This is what the Austro-Libertarian believes.

Chris Calton is pursuing a doctorate in history at the University of Florida. He is a writer and the host of the Mises Institute's Historical Controversies Podcast.‍