By
CJay Engel
|
November 15, 2019
Conservatism in our time is basically an impulse of guiding the democratic-state order under the guise of certain "values." This conservatism is a fraud, having nothing to do with the older conception of conservatism as a sociological tradition.
Society and Culture

Conservatism in our time is basically an impulse of guiding the democratic-state order under the guise of certain "values." This conservatism is a fraud, having nothing to do with the older conception of conservatism as a sociological tradition. 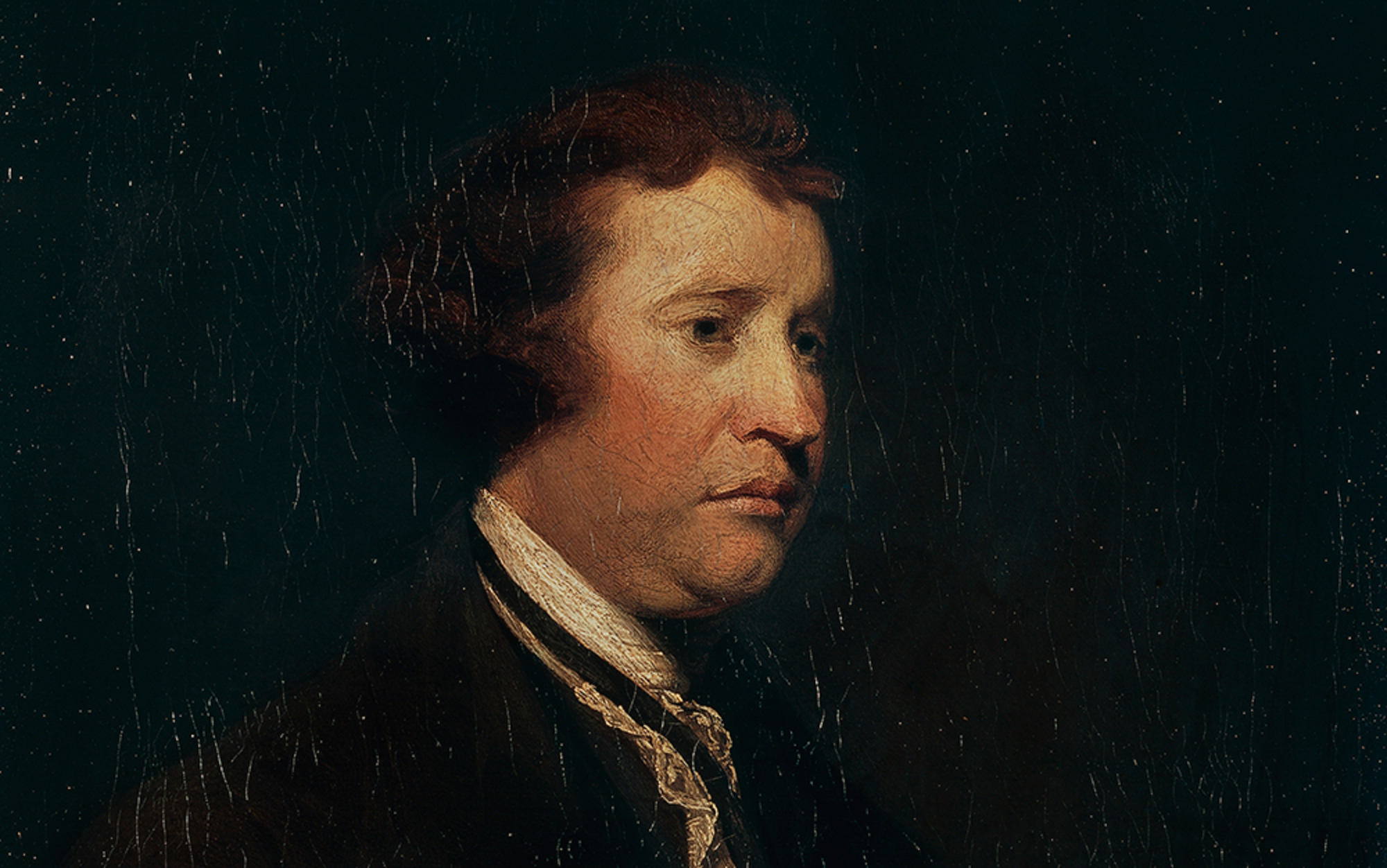 The purpose of this article is to elaborate on a topic that I believe is becoming more and more of an interest among libertarians who, sensing a cultural struggle at play, are quickly realizing that so much emotional bandwidth was dedicated to the formulations of rights and “liberty,” that other elements of a sound and stable society had been completely ignored.

Such preferences often come in the form of a certain refrain from vices (such as drugs), a bias toward historically typical western social norms against “alternative lifestyles” (especially sexual ones) and a lack of interest in displays of crass and degenerate, attention-seeking behavior. All this is coupled with their political libertarianism in the sense that they refuse to justify the use of state power in order to make others behave in accordance with their conservative cultural preferences.

This understanding of conservatism is essentially a curious extraction of specific lifestyle values from within a much broader and meaningful sociological tradition of conservatism that the modern conservative movement has in large part rejected. In this sense, culturally conservative libertarians as well as culturally conservative non-libertarians, are almost completely unaware of the long-lost understanding of conservatism as its own body of sociological insights that present a challenge to key concepts of our modern political framework such as a democracy, universal rights, equality of opportunity, tolerance, and sociological individualism. Sociological conservatism found goodness in certain individual behavior, but emphasized that such behaviors must be present within a certain social framework so as to provide a sustainable reinforcement mechanism that did not rely on coercion and state-enforcement.

Thus, modern "values conservatism" was a revolt against the older sociological conservatism; it became a political and state-oriented force to act as the opposition against the socially progressive liberals, both within the social framework of a liberal-democratic political order. Both the modern conservative movement and the progressive left operate within the dominant socio-political framework of a democratic society and a universalist, liberal social order under the assumption of a neutral political body that represents the general will of the masses. Such is the nature of liberalism’s understanding of the state.

The postwar American right, before the Neocons ever came to dominate the conservative movement in America, had already abandoned the older conservative tradition that looked to anti-revolutionaries such as Edmund Burke. That is, by the time the neocons stormed onto the scene, there was already something “new” about Cold War era conservatism. The answer lies in the rise of what Paul Gottfried refers to as “West Coast Straussianism,” who took up Leo Strauss’ anti-realism, anti-Burkean and pro-universal values conservatism. This was the creation of the modern conservative movement and the collapse of an Old Right (see Gottfried's "A Conservative Farewell to History" in The Search for Historical Meaning: Hegel and the Postwar American Right. It was this New Right which let the Neoconservatives into the movement in the 1970s.

Here, conservatives began to emphasize the importance of universal values that would flourish best in a democratic arrangement and that non-democratic socio-political orders that thrived in other parts of the world represented threats to the progress characterized by the triumph of liberal democracy. This values conservatism, taking up the rhetoric of universals and ideals that transcended particular national and regional boundaries, therefore took on the liberal biases toward international focus and a battle for the future of the entire globe.

All this marked a betrayal, and indeed, a deadly one, of the much older, pre (and anti) democratic nature of conservatism as a sociological tradition. This tradition of conservatism was much more particularly focused on analysis of the institutions and frameworks that necessitated the making and sustenance of a sound society in a particular sense. For more elaboration of the thinkers and insights of this tradition, see Robert Nisbet's The Sociological Tradition.

Rather than emphasizing universal ideals and values, the sociological conservative sought to analyze the preconditions of a healthy community in much more realist, empirical terms. This older, sociological Conservatism was indeed the chief philosophy against the excesses of a blossoming liberal-democratic order of the eighteenth century. While one can point to conservatives in the Anglo tradition (Russell Kirk) or the heirs of the eviscerated American South (Richard Weaver) as representative of an older conservatism, the greatest modern expositor of the sociological conservatism would be Robert Nisbet, who looked to the contributions of the forgotten (and rejected) continental (French and German) conservative opponents of the French Revolution; critics of the entire project of Enlightenment thinking and modernity at large.

Here, we find a conservatism that is viciously against democracy, not merely because “majority vote undermines rights” as even many libertarians understand, but because it rips apart traditional authority structures and politicizes what was once an organic nexus of social relations built on a developed landscape of cascading authorities that emphasizes duties and responsibilities that simply cannot be recovered in the modern liberal social order.

This sociological conservatism recognizes six key aspects to a healthy society (taken from Nisbet’s Conservatism: Dream and Reality). I won’t elaborate on them all:

Now, it is fascinating that Hans Hoppe, in his essay on Conservatism and Libertarianism found in Democracy: The God that Failed made two definitional decisions that put him at odds with both movement libertarians and movement conservatives. First, he very clearly considered conservatism to be a certain tradition of understanding of the nature and health of social structures, and he refers to Nisbet as the key representative of this formulation.  While he of course refers to behavior and lifestyle values as important for the health of society, his broader focus is on natural and organic social institutions, covenant communities, and structures of natural authority. In this way, he is able to reject the bare bones “values conservatism” that can be easily cheered within a democratic-liberal social order.

While this may challenge those with a certain understanding of the libertarian political theory, he makes a tremendously curious (and in my opinion, praiseworthy) move by not taking up the definition of libertarianism that emphasizes non-coercion or individual sovereignty. Rather, the core of his expressed libertarianism is this: libertarianism is a “systematic law code…” which is characterized by “rules concerning the transformation and the transfer (exchange) of originally appropriated resources… and all of [legal ethics], including the principles of punishment, is then reconstructed in terms of a theory of property rights.” In other words “liberty,” the “rights of man,” “non-coercion,” all of these abstracts find their real expression in the social institution of property. There is no such thing as abstract liberty, rights, natural law, and coercion except insofar as they relate to the real and tangible institution of property within a particular social order.

Hoppe then, tremendously, has united Rothbardianism with Burkean realism. Hoppean thought marks a rejection of the more common formulations of libertarianism and turns it into a legal theory described better as propertarianism (not to be at all confused with Curt Doolittle's project, which I don't find much value in at all) in which property defines, regulates, and determines the meaning of liberty, rather than the other way around. Liberty then, is subservient to property. Here, in this formulation, individual sovereignty is a myth; property-owner sovereignty is more accurate. If this sounds like it is possible to see this understanding of "libertarianism" as a hypothetically relevant to a feudal order, this is accurate, which is why Hoppe made a reversal of Rothbard's opinion that liberal democracy was an improvement on older social arrangements. (Though to be clear, that pre-modern world, the result of a thousand years of development, is gone away; it cannot be achieved again—the past must not be a Utopia in our minds).

And therefore, Hoppe can complete his synthesis between his Rothbardianism and sociological conservatism by observing that conservatism (which tends to be “empiricistic, sociological, and descriptive”) focuses on “families, authority, communities, and social ranks while libertarianism (which is “rationalistic, philosophical, logical, and constructivist”) focuses on the “concepts of property, production, exchange, and contract.” And therefore the former is the “concretization” of the latter. Conservatism needs a theory (Burke himself, after all, referred to something transcendental in his criticism of Warren Hastings’s actions in India) and libertarianism needs a sociological setting that is, a natural and physical order. If conservatism desires to return to a “moral and cultural normalcy,” it needs propertarianism’s consistent and defensible antistatism.

Understood in this way, the meaning and presence of “liberty” in a healthy society is but one component among many. This means that those of us who want to understand the social strife of the modern world and the role of liberty in solving problems will soon come to the conclusion that “liberty” is not enough; it is necessary, but not sufficient. Liberty without other aspects of a sound society will constantly fall in on itself. If this is true, then “libertarianism” as a political point of unity at the expense of other commitments is a constant source of infighting, tension, and frustration; and moreover, it becomes a sort of feed of its own for increased statism as libertarian-onlyism in a political sense tends to become a wedge between family unity, and places people who would, in a non-statist/democratic society, otherwise not get along with each other, into a coalition of opposition against those they would otherwise identify with.

In this sense, of course, the democratic-political atmosphere is the chief culprit; but nonetheless since the continued politicization of identity and unity is the battleground on which libertarian’s troops come together in search of a solution, one gets the feeling that “libertarian politics” is itself part of the problem. At present, I don’t have any real answer, except to play the long (the VERY long) game.

Now, in a time where there is no way out, there is no real solution, this is the very definition of “crisis.” Reaction becomes the new spirit as the framework itself is called into question. Longing for a complete rejection of the modern age, both revolutionaries and reactionaries look to other formats of confrontation to express their rising aggravation with each other, with “the system,” and with the spirit of the age.  The precise character and result of such a confrontation will be a curious thing to observe. But one thing is certain in my mind: the confrontation will not be between “liberty” and “power.” It will, whether libertarians like it or not, be between the social left and the social right.

Them's just the way things are.