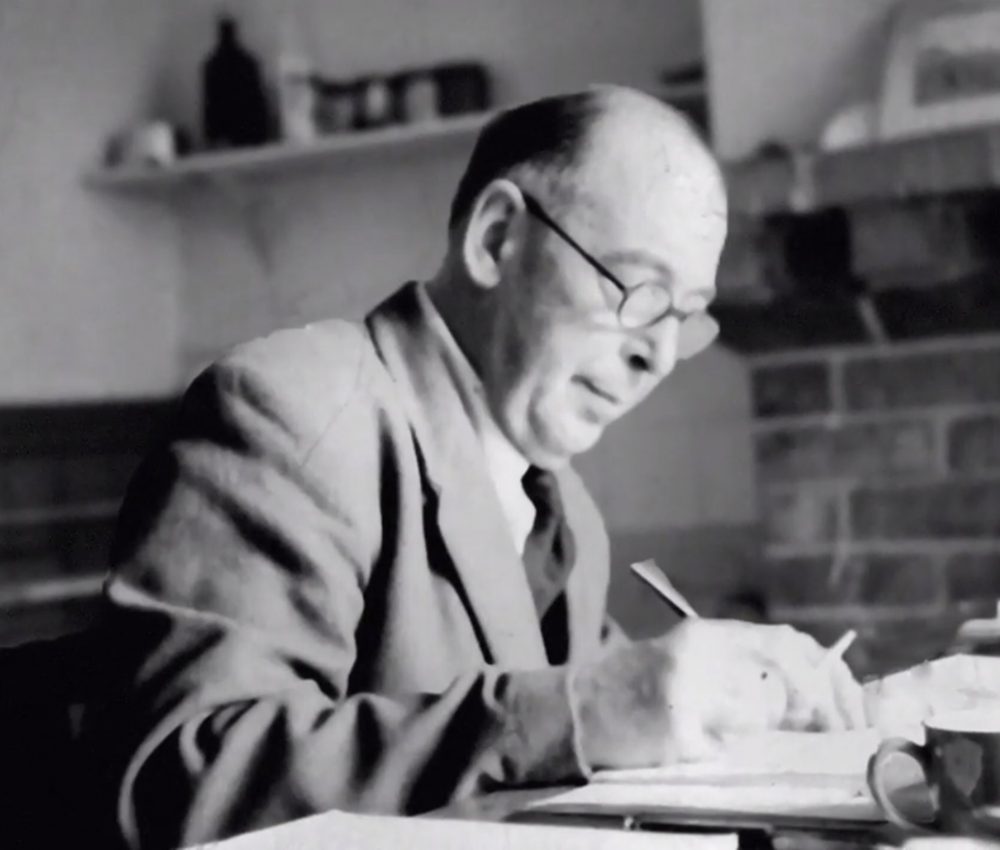 “The scene is in Hell at the annual dinner of the Tempters’ Training College for young Devils.” --The Screwtape Letters (Screwtape Proposes a Toast), C. S. Lewis

In his toast, Screwtape offers an overview of the situation at the end of the nineteenth and beginning of the twentieth centuries. He begins with a review of the situation in the latter half of the nineteenth century: the movement toward liberty and equality among men had borne solid fruit; slavery had been abolished; the American and French Revolutions had succeeded; religious toleration had increased almost everywhere.

Much of this would seem to be contrary to the wishes of the Tempters. But there is a silver lining, as Screwtape notes: atheism, anti-Clericalism, envy, thirst for revenge, even attempts to revive Paganism – all were on the increase.

Given these two seemingly divergent trends, it was difficult to determine how the situation should be viewed: on the one hand, those who were in chains are now freed, those hungry now fed; on the other hand, faith was rejected, while materialism, secularism, and hatred were all ascendant. By the end of the century, the situation was ominous for the Tempters: the rich were willingly giving up their powers and the poor were become better educated and more virtuous.

What Lewis is describing here is the period known as La Belle Epoque – the period in Europe between the end of the Franco Prussian War and the beginning of the Great War. There was general peace throughout Europe and the period perhaps best captures the peak possibilities of what can come from Classical Liberalism. Free trade, passport-free travel, political stability, unprecedented material progress. Of course, it didn’t last long and it didn’t end well.

If there was a period that delivered the promise of the Enlightenment and Classical Liberalism, it was this period. A miserable time if you were a Tempter; yet, one full of opportunity, with atheism and anti-Clericalism on the upswing – tools for the Tempters to leverage to their advantage. God was dead, as Nietzsche’s madman announced.

Thanks to Our Father Below the threat was averted. Our counterattack was on two levels. On the deepest level our dealers contrived to call into full life an element which had been implicit in the movement from its earlier days. Hidden in the heart of this striving for Liberty there was also a deep hatred of personal freedom.

How can this be possible? How can liberty lead to the hatred of personal freedom? Only the state religion is permitted, and the individual is told that he willed whatever the Government tells him to do. The individual is sovereign and the state is his agent. This leads to hatred.

Democracy is the word by which you must lead them by the nose.

The Tempter’s philological experts have corrupted the human language enough so that this word has no clear and definable meaning. Thus, it can represent liberty to humans while in reality it offers slavery. This will cause a condition where they will never raise the question posed by Aristotle:

This is so much like my question: is libertarianism sufficient for liberty? Is acting out the non-aggression principle sufficient in preserving a political order governed by the non-aggression principle? I say no, and Lewis – through Screwtape – seems to offer the same regarding democracy. In democracy, the people go through every motion, all-the-while their motions are meaningless in terms of their political order.

You are to use the word purely as an incantation; if you like, purely for its selling power.

Just as chanting “NAP, NAP, NAP” will not lead to or preserve liberty.

And of course [democracy] is connected with the political ideal that men should be equally treated. You then make a stealthy transition in their minds from this political ideal to the factual belief that all men are equal.

Democratic behavior, but certainly not behavior that will preserve a proper democracy.

You can get them to practice, not only without shame but with a positive glow of self-approval, conduct which, if undefended by the magic word, would be universally derided.

Lewis saw this decades ago; the condition is increased by orders of magnitude today. Democracy and egalitarianism give us screaming mobs of humans (at least human in physical form) contrary to all nature – yet it is to these mobs that we now heap praise. Liberty and democracy to them; slavery and totalitarianism for humans who prefer to live according to man’s proper nature.

The feeling I mean is of course that which prompts a man to say I’m as good as you.

This places in the center of man’s life a “good, solid, resounding lie.” It isn’t just that it isn’t true; it is that he does not believe it himself.

No man who says I’m as good as you believes it. He would not say it if he did. The St Bernard never says it to the toy dog, nor the scholar to the dunce, nor the employable to the bum, nor the pretty woman to the plain.

In every field outside of the political field, such a claim is made only by those who believe themselves in some way inferior. This feeling of inferiority is not lost when acting this way in the political field; only in this field (and in fields where the political can be brought to bear, such as employment or higher education) is it acceptable – even desired. Call it an act of revenge brought on by resentment. It is a resentment that denigrates every kind of superiority, that wishes superiority annihilated.

Of course, this feeling is nothing new. It is as old as man, and it is Envy. But Envy now has a legitimizing outlet: democracy. Democracy allows them to bring others down to their level; it causes those who would otherwise desire to move closer to a full and complete humanity to withdraw for fear of appearing undemocratic. Further, it moves those who would otherwise move closer to a complete humanity to turn into that which they are accused. We do not see as a result mankind moving toward the highest common denominator, after all.

What I want to fix your attention on is the vast, overall movement towards the discrediting and finally the elimination, of every kind of human excellence – moral, cultural, social, or intellectual.

It is now possible to achieve, in the name of this democracy incantation, what was previously possible only under the most ancient dictatorships. A much easier task for the Tempters, it would seem, as under the banner of democracy this totalitarianism gains legitimacy. Cut them all down to the same level, and the governing takes care of itself – even worse (or better, for the Tempters): the shorter stalks do the cutting for you, and the taller stalks even voluntarily cut off their own tops!

This must be extended into the education system. Eliminate a system that allows the best to thrive; instead implement a system that is governed at the speed of the slowest in the class. No one should be made to feel inferior – heaven forbid, they would get a trauma: “Beelzebub, what a useful word!” Ultimately, education will be fully abolished – not in form, but in function.

If only Lewis lived to see today’s safe spaces. Talk about the usefulness of “trauma”!

…the real end is the destruction of individuals. For only individuals can be saved or damned, can become sons of the Enemy or food for us.

From The Abolition of Man: