Dispositions Beyond Our Libertarian Ideals

By
Ben Lewis
|
October 23, 2019
August 8, 2019
The conservative, says Kirk, in comparison to social tinkerers, "favors a reasoned and temperate progress; he opposes the abstract cult of Progress, which cult assumes that everything new necessarily is better than everything old.”
Society and Culture

Dispositions Beyond Our Libertarian Ideals

The conservative, says Kirk, in comparison to social tinkerers, "favors a reasoned and temperate progress; he opposes the abstract cult of Progress, which cult assumes that everything new necessarily is better than everything old.” 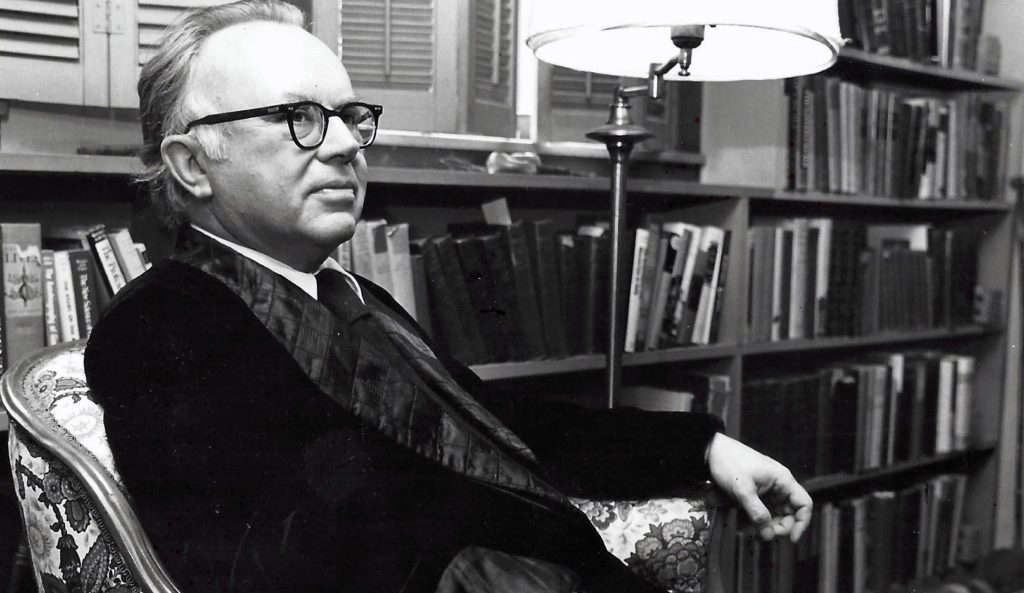 If someone were to ask me, “What is conservatism, really?”, I would be very tempted to hand them a copy of Prospects for Conservatives. Russell Kirk is frequently termed the “founder” or “godfather” of modern conservatism, and not without justification. His 1953 book The Conservative Mind is said to have marked the beginning of the modern conservative movement, which is probably part truth and part hyperbole. What Kirk’s first book did accomplish, though, was the identification of a tradition, stretching back centuries, that Americans could appeal to in the face of the liberal onslaught of the mid-20th century.

Prospects for Conservatives is a less famous volume than The Conservative Mind, but is itself an excellent primer on conservatism. In it Kirk lays out conservatism’s essential elements which, though first published in 1954 (under the title A Program for Conservatives) and last updated in 1989, remain relevant today. Kirk explains conservatism by looking at eight Questions (in chapters titled The Question of the Mind, the Heart, Social Boredom, Social Justice, Wants, Order, Power, and Tradition). In earlier versions of the book, the questions were termed “Problems” and were ordered differently, but what is notable is that none of them are policy issues. Kirk is careful to explain that he is not putting forward a set of legislative proposals. Rather, he is hoping to show how the conservative should think about issues and how his mindset differs from the rest of society.

Kirk first voices his now familiar belief that conservatism is anti-ideology. In the foreword to the 1989 edition, Kirk states that “This book is a discussion of fundamental political and moral questions,” and writes that in the face of the modern world’s problems, “the conservative endeavors to employ the practical reason and the moral imagination, abjuring ideology.” He adds on to these remarks against ideology in the first chapter, writing that conservatism is “the negation of ideology – but not, I trust, the negation of principle.” For some readers (myself included) this distinction between ideology and principle might at first appear to be an exercise in hair-splitting.

But, in using the term “ideology,” Kirk isn’t simply referring to any given set of beliefs. Rather, his definition of ideology is more about a type of ideology or holder of an ideology, particularly a very uncompromising one. Kirk, who stressed prudence in political matters, identifies rigid ideologies with the political left, and especially (as a good Burkean) with the Jacobins of the French Revolution and their modern liberal progeny. In this way, when Kirk says “ideology” he means the social theorizing and attempts to remake society that is common on the left. This view of the dangers of ideology, of attempting to dramatically and suddenly remake society, helps explain some of his antipathy for some (but not all) libertarians, who he felt were willing to sacrifice society for the pursuit of an abstract ideal of freedom.

The conservative, says Kirk, in comparison to social tinkerers, “favors a reasoned and temperate progress; he opposes the abstract cult of Progress, which cult assumes that everything new necessarily is better than everything old.” Kirk writes a truth that is sorely in need of rediscovery today when he states, “When a society is advancing in some respects, usually it is declining in others.” The modern mind, fed a constant stream of what Richard Weaver called “the Whig theory of history with its bland assumption that every cause which has won has deserved to win” assumes that modern society is always and everywhere an advancement over a benighted past. To Kirk, this assumption not only feeds the incorrect assumption that society can be rationalistically planned, it ignores the great value of tradition, which he says “is a guide to the permanent qualities in society and thought and private life which need to be preserved in one form or another, throughout the process of inevitable change.”

To a great extent, this is the theme that runs through Kirk’s treatment of his eight questions, that modern man, having forgotten tradition and become infatuated with the material prosperity and temporal distractions of the present, has lost his ability to deal effectively with the challenges of life and society. This problem, moreover, has infected all aspects of life: education, the economy, the family, the community, and the church. The solutions, as Kirk sees them, is a return to the established orders of the past.

To some the term “order” might contain echos of hierarchy, and indeed Kirk believes that a spontaneous hierarchy in society is not only desirable, but essential if society is to survive. As Weaver does in his books, Kirk expounds the benefit to society of a natural aristocracy, and notes that the preservation of the aristocracy depends on its service to society and the sacrifice of its members. He notes that the aristocracy can, and should, include those whose superior ability and effort raise them from a lower station, so this is no simple class theory. Kirk believes that liberal (which is to say, classical) education which enlivens the mind and imagination is the key to restoring this natural aristocracy. He writes, “no nation survives without a genuine aristocracy, from which comes leadership in every aspect of life. If a people repudiate true aristocracy, they will have to settle for a squalid oligarchy.”

The term “aristocracy” has an overwhelmingly negative connotation today, but all that Kirk has in mind are those people in society who have developed the strength of character and disciplined mind required to lead, and lead well. There’s more than a hint in these lines of what Murray Rothbard considered the inevitable ascension of a talented few in any organization, what Rothbard called “The Iron Rule of Oligarchy.” No doubt Kirk would have bristled at Rothbard’s nomenclature, but on this topic the two appear to be saying roughly the same thing.

It should be noted again, because modern passions lead to confusion, that Kirk is not calling for an entrenched set of aristocrats based on inheritance or other accidents of birth. He fully believes, as Weaver did, that a natural aristocracy was constantly accepting and expelling members, based on those members’ abilities and contributions to society. So, too, is it essential to note that for Kirk, with privilege came duty, and that failure to perform the latter led inexorably to giving up the former.

What Kirk is ultimately calling for is a respect for the past and an acknowledgment of the variety of life and society. He recognizes that the modern mind is overwhelmingly opposed to his prescriptions, but he holds an optimism that might have seemed justifiable in the late 80s that no longer seems so. The threats he identifies, from the muddled mass mind, the consumer culture, the obsession with equality, and the unchecked power of a centralized state, have all grown since Kirk last put pen to pad. This has not had effect of lessening the forcefulness of his argument or the appropriateness of his (admittedly unspecific) proposals, but it does call into the question the likelihood of their implementation.

I should add one final note: I came to this book with a libertarian mindset, though one that was troubled by modern social trends and open to non-libertarian explanations of our social malaise. Kirk is something of a persona non grata among libertarians, due to his rather ruthless criticisms of some libertarians (though, not of the idea of personal liberty), so though I respected him, I started reading the book with a small set of preconceptions that probably caused a slight bias against him. I can say after reading the book, however, that Kirk easily overcame my preconceptions and misconceptions, and opened my mind to new ways to think about things. It’s not that I agreed with everything Kirk put in the book (and I suggest that anyone who agrees with everything in any book should read it again more carefully), but my disagreements were relatively minor, and fewer in number than the problems I’ve had with some libertarian books.

What Kirk does is open up the range of possible explanations for the decline of freedom and virtue in the West, and in America particularly. He causes the reader overconfident in his own opinions to think through issues on a wider scale, and with the acknowledgment of the limitations of our own knowledge and abilities.

In my opinion, anyone of a conservative bent would benefit from reading this book, but that is doubly true of conservative libertarians who understand the importance of liberty on the one hand, and the preservation of order and tradition on the other. Prospects for Conservatives doesn’t have all the answers, but it has a good many clues in the right directions that libertarians routinely ignore. This book is a blueprint for reclaiming and retaining our heritage, most especially our religious heritage, and its focus on the dignity of the individual, and the importance of personal and social order. Kirk writes, “I trust that none of us will become political Christians; but I hope that none of us who recognize a transcendent order will fear to infuse Christian vision into the civil social order. A society that denies the heart its function must become, in short order, a heartless society.”

Supplying the heart its function and forestalling the heart failure of society is Kirk’s ultimate goal. Reading this book, it’s clear why so many believe that, in that endeavor, Kirk is still important. Even – perhaps, especially – for libertarians.