Ideas Have Consequences: A Review

Ideas Have Consequences: A Review 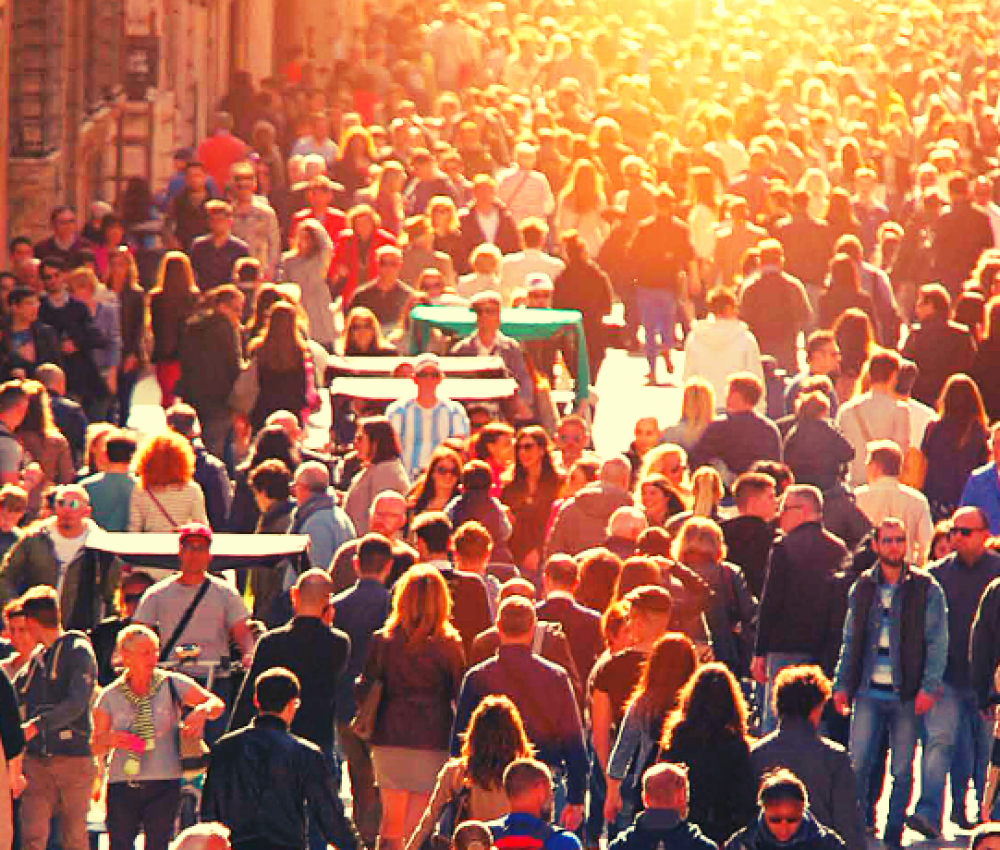 I am not a fan of using a highlighter to mark memorable passages in books, but if I were at least half of my copy of Ideas Have Consequences would be yellow. Richard Weaver is that rare writer who both has interesting things to say, and says them in an interesting way. This book is not only considered Weaver’s masterpiece, but, sadly, Weaver is often considered something of literary one hit wonder, with comparatively few people aware of his other writings (or even familiar with this one beyond the title). While this perspective is unfair to the impressive body of Weaver’s work, Ideas stands out due to several factors, not least being arguably the first book of the post-World War II conservative renaissance, having been published in 1948.

The worst part of Ideas Have Consequences, in my opinion, is Roger Kimball’s foreword. Generally, forewords discuss the importance of the work or the thinker at hand. These can at times come across as a bit hagiographic, but then again the entire point of a foreword to a book written decades ago is to put it in context and show the influence it and the author have had in the intervening years. Kimball, however, doesn’t seem to have much regard for either this book or its author, who comes across in Kimball’s telling as half hermit, half Luddite. Kimball drags out the familiar canards about Weaver’s life – how he had no or very few friends, how he insisted from his office at the University of Chicago that his septuagenarian mother plow the family farm back in Weaverville, North Carolina with horses, not tractors – despite these stories being, as Ted Smith III shows in his introduction to In Defense of Tradition: Collected Shorter Writings of Richard M. Weaver, 1929–1963, exaggerations, when they’re not flat wrong.

To be sure, Weaver was a more reserved figure than, say, Russell Kirk, but it was not true, as even his friend Kirk claimed, that Weaver spent every free moment in solitude. Nor was it true that Weaver demanded that his family farm – a generous description for the two acre back yard in which Weaver planted a garden – be plowed with animal labor instead of machinery.

These are the kinds of stories that make for great tales, and might even make an author more interesting after he’s gone (Weaver died prematurely in 1964, at the age of 53), but Kimball’s reciting them in order to paint his subject as “eccentric” and to thus cast his work as such is counterproductive if he’s actually interested in having people read the book he’s introducing. Kimball claims that Weaver was not so much “anti-liberal as anti-modern,” a claim he then uses in support of his statement that the solution that Weaver sought was “a categorical ‘no’ to modernity,” which Kimball thinks would be the height of “hubris.” Well, it might be if that’s what Weaver sought, but no relatively-informed reader (a title which would seemingly apply to Kimball) could study Weaver’s thought and conclude either that he was not “anti-liberal” or that he sought to shout “no!” at modernity and its accomplishments.

Weaver was indeed a critic of modernity, a traditionalist in his outlook, but as the Hoover Institution’s Mark C. Henrie has written, “traditionalists do not wish to ‘turn back the clock.'” Rather, people like Weaver recognize that in the great rush of modernity, older values, like “loyalty and friendship, leisure, honor and nobility, and religious ‘enchantment’…are unavailable or frustrated in the present.” As Weaver himself wrote in a later essay, “once we admit, as we have to admit, that some periods of achievement in the past have something to teach us, we are on our way toward acquiring the humility necessary for wisdom, for not all wisdom is new wisdom.”

Kimball’s caricatures are at best oversimplifications of what can be found in the totality of Weaver’s writing, and can to a substantial degree be undermined by simply reading a single one of his essays, the readily available “Up from Liberalism,” an essay which Kimball himself references (though I am still left to question, given his comments above, the degree to which he really understood it). None of this is intended to excoriate Kimball, with whom I share an admiration for several other writers. Rather it is to say that if Kimball either misunderstands Weaver or dislikes his thought, he was an odd choice to write the foreword, which certainly doesn’t give the reader a reason to read further into the book, which would be the reader’s loss.

Transitioning to the book itself, Ideas Have Consequences is Weaver’s analysis of what he calls in the introduction “the dissolution of the West.” While it may seem odd to the modern reader to see an intellectual, and a conservative one at that, expressing such pessimism in what should still have been the glorious afterglow of America’s victory during World War II, it was actually the war that substantially contributed to the pessimism he felt about the state of and prospects for the West. It wouldn’t be until the posthumously published Visions of Order: The Cultural Crisis of Our Time that Weaver would explain why World War II had this effect on him, but it’s interesting that Weaver (and his fellow traditionalists Kirk and Robert Nisbet) were perplexed by the consequences of the war.

The source, Weaver believes, of the West’s decline is the ascendance of William of Ockham’s doctrine of nominalism, or the philosophical rejection of universals. Oddly, Weaver’s analysis is almost all effect and very little cause – that is, he doesn’t exactly explain how nominalism triumphed, or what the process was. Rather, he focuses on what the cultural effects have been. Even so, Weaver’s basic thesis has found many supporters, including prominent Thomist philosopher Edward Feser.

While there are very clear philosophical themes, Weaver’s work is at bottom a scathing criticism of modern mass society, as he argues that modern man has rejected transcendent truth and higher goals for subjectivism and personal aggrandizement. Since Ideas is something of a catalog of the consequences of this trade, the book can sometimes read as a list of Weaver’s least favorite things. Even so, he lands body blows to many features of modern society that were taken for granted then, and still are, as inherently positive developments. What’s more, Weaver’s list of complaints is broad enough to step on nearly everyone’s toes.

While he criticizes liberal egalitarianism as destructive of the hierarchical bonds that tie society together, he also condemns what he sees as the materialism of what he calls “finance capitalism,” what today might be termed “crony capitalism.” Later in the book, Weaver expresses his support for property rights and he would in later works express his admiration for free-market economists like F. A. Hayek, Ludwig von Mises, and Wilhelm Ropke. As a result, Weaver cannot (contra Kimball) be considered a distributist pamphleteer, at least not if the full body of his work is considered.

Weaver’s criticism of mass media – which in Weaver’s day primarily meant radio and movies, with a smattering of television thrown in – which he called “The Great Steropticon,” is so withering and complete that it even applies to today’s media technologies that Weaver could not have foreseen. Weaver takes further aim at what he calls the “spoiled child psychology,” saying that modern man, like a spoiled child, has corrupted the Declaration of Independence in that “the right to pursue happiness he has not unnaturally translated into a right to have happiness.”

Not surprisingly, Weaver’s estimation of art forms – whether paintings, literature, or music – in modern society is low, as Weaver considers modern artistic expression to be filled with excess “egotism,” or self-indulgence. Historically, Weaver’s views on jazz (he was not a fan) have received the most attention, although it should be noted that even admirers of Weaver, including Feser, have disagreed with his analysis on these points. For his part, Feser thinks that Weaver holds too strongly a Platonist line in respect to art (in which the ideal nature of the art form is completely above and apart from unworthy “popular” expressions), whereas Feser prefers a more Aristotelian perspective (where even popular art forms, if not ideal expressions of high culture, still have essential elements of it that give them value). On this point, I tend to side with Feser, although plenty of conservatives besides Weaver have held his opinion on artistry. But, as an example of just how radical his standards were, Weaver even criticized opera as a substandard expression of art.

Having laid out his case for the degeneration of society, Weaver closes by offering three solutions to the predicament of the West: protecting private property, restoring the discipline of language and recovering piety towards man and nature. The first of these, as mentioned above, was not a blanket endorsement of capitalism, but a call for limits beyond which the state could not interfere in the affairs of men. To Weaver (and to Frank Meyer, who borrowed heavily from Weaver’s analysis) property rights were not just important to the individual’s ability to provide for himself apart from state predation, but gave him a sense of independence and security from which he could point out society’s errors. The person dependent upon the state, or even to large bureaucratic business organizations, could not, Weaver thought, feel secure enough to criticize the political and social trends of his age. It’s difficult to look at modern American society, particularly in the social media age, and not acknowledge Weaver’s prescience on this point.

In his call to restore the discipline of language, Weaver (an English professor and an expert in rhetoric) believes that preserving the definitions of words, and increasing the felicity of their use, is critical to carrying on the best aspects of culture. He pleas for a return to piety because it “is a discipline of the will through respect. It admits the right to exist of things larger than the ego, of things different from the ego. And, before we can bring harmony back into a world where now everything seems to meet ‘in mere oppugnancy,’ we shall have to regard with the spirit of piety three things: nature, our neighbors – by which I mean all other people – and the past.” Both of these are concepts that Weaver, in one way or another, would reiterate over and over throughout his subsequent work.

Weaver later expressed regret that he didn’t make some of his arguments in Ideas Have Consequences more clearly. The Weaver of Visions of Order is more measured (not to mention less of a Platonist) than the Weaver of Ideas. And while that is for the better, there’s an urgency and a passion in Ideas Have Consequences that Weaver never replicated – the kind which would be nice to see in modern defenders of culture, whoever and wherever they are.

Ben is a contributing editor for Bastion Magazine. In addition to Bastion, his articles have appeared at a variety of online outlets, including the Tenth Amendment Center and The Patriot Post. He and his family live in Ohio.