After the Soviets: Lingering Effects

After the Soviets: Lingering Effects

Vytautas Žukauskas, a native Lithuanian and student of the Austrian school of economics reflects on the pervasive intellectual influence of Soviet era Lithuania. 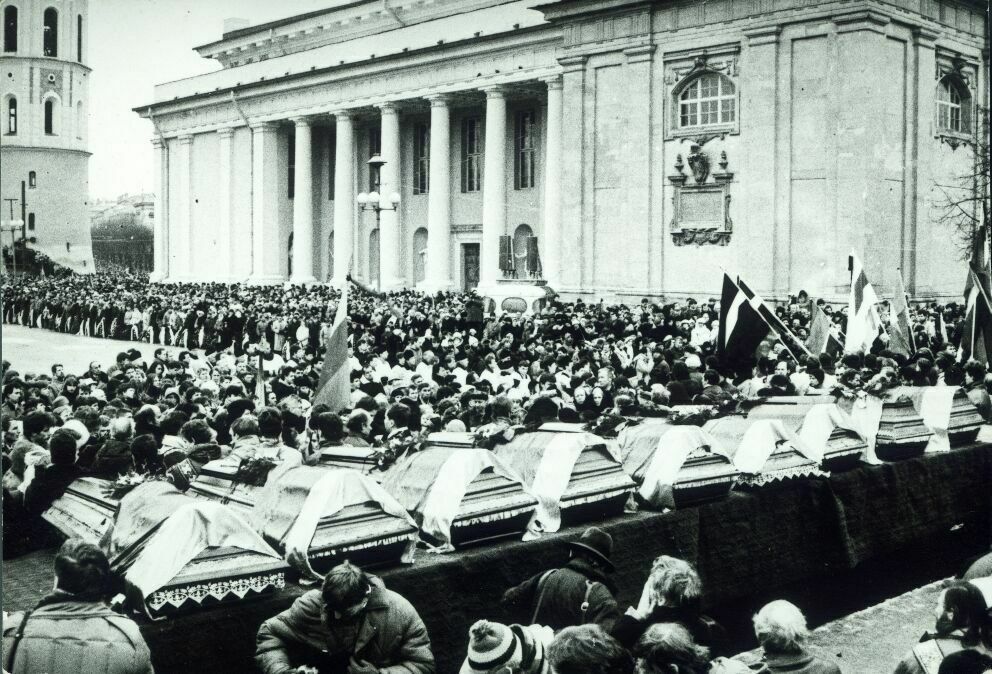 Editor's Note: While Pranas Padalis’s self-referenced 1941 editorial announced that “the bogey has met an ignominious end,” the social impact left by the Soviet regime in Lithuania would tar the country for decades to come. Even eventual political independence from a government structure that sought to dominate not merely economic factors, but indeed the very way that its subjects think, could not undo the multi-generational aspect of the devastation. Below, Vytautas Žukauskas, a native Lithuanian and student of the Austrian school of economics reflects on his own observations about the pervasive intellectual influence of the Soviet era.

When, in 1990, Lithuania at long last achieved its independence from the USSR, I was four years old. For half a century prior, Lithuania existed under the domination and occupation of the Soviet regime. Most of what I know about life under that dreadful reality, spawned from socialist ideas, comes directly from the stories and remembrances of my family and friends. My parents lived the majority of their lives in a social and economic system which they could hardly understand, let alone legally question. From their recounting of their own experiences under this arrangement, I have over the years begun to form a grasp of the everyday trials and hardships of life for the typical Lithuanian.

In our time, it has become well-understood throughout most of the world how devastating true socialism is for the economic well-being of the common man. And personally as an economist, educated as to the theoretical failures of socialism, this fact continues to be immensely clearer. However, one of the key themes that has grasped my attention over the years of digesting my family’s stories is its detrimental effects on the virtue of its people.

Culture itself is tarnished under the moral effects of socialism; a consequence that is not often appreciated by those who contemplate topics related to historical socialism. And thus even now, nearly three decades from the moment of Lithuanian escape from the Soviet government, I quite often think about the extent to which current Lithuanian culture and mentality is still plagued by the experience.

Among the virtues that I hold dear, and indeed is something that all men ought to pursue, is a commitment to truthfulness and honesty. A sound society rests on such virtue. It is because of my own high regard for such things that I could not help but feel disturbed when I began to understand the extent to which the Soviet system fueled a social rejection of truthfulness.

Indeed, the people’s attitude toward honesty was characterized by a general disinterest in it. It is well-known that the Soviet government had mastered the art of propaganda; lying for political purposes, for power and domination. But the effects of this top-down rejection of truth turned an entire citizenry into a mass that followed suit: lying became a way of life, a way of survival. One not only needed to take part in the denial of truth, one needed additionally to accept the lies of others as a social norm.

Consider for instance that, in the Soviet Union, “capitalism” and “markets” were curse words; one could only use them in negative contexts. My mother was actually frightened by capitalism, not knowing exactly what was supposed to be wrong with it, but being socially trained to think of it as a dangerous concept. Even an activity as seemingly harmless as going to watch a movie would prove to be an opportunity for the display of explicitly anti-capitalist commercials: propaganda clips pronouncing the greatness of socialism and the horrors of capitalism.

One such clip portrayed the miserable and destitute unemployed people standing in massive lines during America’s Great Depression. Under capitalism, proclaimed these ads, helpless people had no money and prices were always trending upward. Always and everywhere, the portrayal of capitalism would be juxtaposed to the enjoyments of life under the Soviet Union: prices never changed, every person was officially employed, and there were no crises; indeed, there could not be crises at all.

This was simply declared to the people in sharp denial of the reality: A constant and perpetual lack of the most important consumer goods, an economically unproductive job that had nothing to do with one’s education, and an economy that was in a constant state of chaos.

But by not being able to question the authorities, people’s minds began to transfor, in order to adapt. Of course, there remained the creeping thoughts that something was seriously wrong. But they were trained to accept the lies, to internalize them, and to believe them. In short, they adapted by creating rationalizations: “Maybe I am too stupid to understand how this all works.” “Maybe we need to work a little harder.” “Maybe I am just too selfish and arrogant to want more.” And ultimately, “maybe I should not think about these things at all.” Such was the mentality of the human under the regime of the Soviets.

And so, by living in this system they all became part of the big lie. It defines their life’s development. My mother graduated as a biochemist, for instance. Subsequently, she was sent to her officially assigned job: a factory of military microchips. Having nothing to do with her training, knowledge, or interests, she could never contribute at all to the activities. She did not really need to—as long as she was quiet about it, she would hide somewhere and sleep. You don’t ask questions, and nobody really cares. All part of the one big lie.

The best jobs to be assigned were in the food industry—e.g. meat factories. Here, one could easily steal and bring home better food than could be found—much less afford—in shops. Stealing from one’s workplace was not considered to be a bad thing among the people; after all, you were not stealing from other people, you were stealing from the strange and distant system, the one you didn’t fully understand. And further, you were taking the food that would be a great help to your starving family.

My mother was always perplexed: how can it be that every year the official statistics claim that more of everything—milk, steel, meat, cars—was being produced, but neither she nor her neighbors saw any of these improvements in their personal experience? But they had been trained to comfort themselves with the promise that, one day, they would be able to eat as many sweets as they desired. When they finally achieved the full implementation of the socialist system they were all striving for, scarcity and want would be a thing of the distant past.

Indeed, in mentally adapting, one develops an eerily constant “double-thinking”: everything is officially great, and everything is also quite miserable, at the same time. Officially, they are proud, moral, and hardworking citizens of this vast, ideologically-driven, machine that would one day soon deliver them all to wonderful things. Unofficially, nothing made sense and one’s focus was the mere survival of their selves and their families, so often crossing whatever moral boundaries lie in the way.

And thus, it was near impossible for people who wanted to uphold a sincere moral standard. My mother often used to tell me about my grandfather, whom I never knew before he died from alcoholism when I was still a baby. He was once a great man, a financier in the big Lithuanian construction cooperative. But being an honest man would prove to be his downfall. He was often troubled that the “things on paper” never matched the “things in reality,” my mother would recount.

Construction materials were always stolen, officially declared productivity never matched the reality, financial flows did not make any mathematical sense. And yet, in order to keep his job it was imperative—and demanded of him—that he constantly lie. Moreover, he had no hope of ever being promoted because he also refused to join the party. Coming to the conclusion that he simply could not take it anymore, he turned instead, as did so many others, to alcohol. I often wonder what it would have been like to know my grandfather, to learn from him, if only he had had the gift of being a financier in normal, market conditions!

Upon Lithuania’s independence from the Soviet Union, we turned towards the market economy. Almost everyone knew, deep down, that socialism was not the right way. Today, almost thirty years after the transition, our economy is quite stronger than it was under the Soviet regime. The productivity, income, and living standards have increased immensely. And yet, the damage that was done to the mentality and value structures of the people is much more difficult to reverse. The ghost of homo sovieticus, the creature produced by an immoral economic and social system, still lives among us.

Vytautas Žukauskas is currently working on his PhD on monetary theory and financial markets at the University of Angers in France and ISM University of Management in Lithuania. He is also a fellow at the Mises Institute and a policy analyst at the Lithuanian Free Market Institute.‍