Marxism and the Incentive Problem

By
Chris Calton
|
October 23, 2019
August 29, 2019
In this short excerpt from his essay in the forthcoming summer issue of the AL Magazine, Calton places Marxism in its historical context within the greater development of socialist thought.
Economics

Marxism and the Incentive Problem

In this short excerpt from his essay in the forthcoming summer issue of the AL Magazine, Calton places Marxism in its historical context within the greater development of socialist thought. 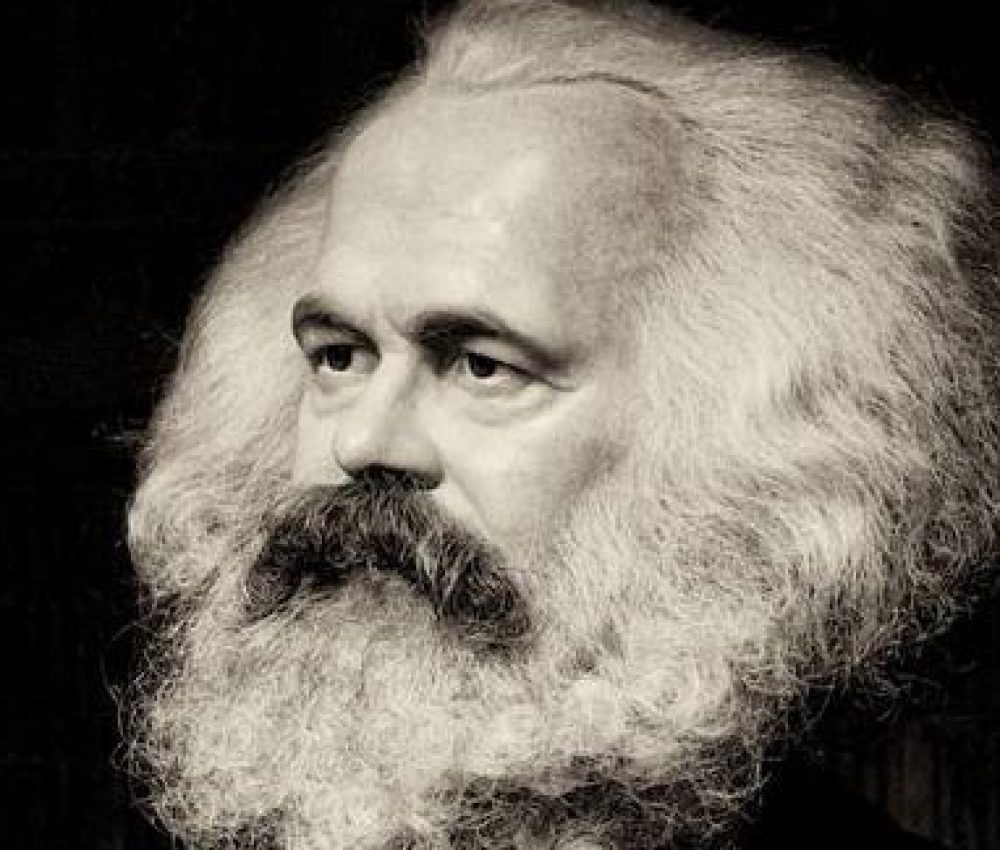 Karl Marx and Friedrich Engels wrote The German Ideology in 1845, offering the first expression of the system that would become Marxism. They followed this work three years later with The Communist Manifesto, which put their ideas in a popularly digestible form. At the time, they were not well known, and the pamphlet had little immediate influence. It was not until the 1860s, with the formation of the International Workingmen’s Association and the publication of Das Kapital, that Marx established himself as one of the premier socialists of the world.

An ocean of ink has already been spilled by people explaining and clarifying Marxism—with authors rarely in complete agreement—and a single section in an article can hardly do it justice. By outlining the basic tenets of his system, however, it should be possible to see what ideas he borrowed and adapted from the socialists who came before him, what ideas originated with him, and how he addressed the classical objection to socialism—the “incentive problem”—permanently altering the debate.

“Dialectical materialism,” a term coined by a follower of Marx and Engels, is sometimes used synonymously with “Marxism,” but it may be useful to make a distinction. Marxism, which Marx himself once implied was a deviation of his actual beliefs, is an ideology—or, we may even say, a religion. It is effectively a prescriptive doctrine with variations based on differing interpretations of the “sacred texts” of the founders.

Dialectical materialism is better understood as Marx’s philosophy of science. It is essentially the fusion of two German metaphysical doctrines: Hegelian dialectics and Feuerbach’s materialism. The two doctrines are completely incompatible. Materialism holds that everything in reality is ultimately physical—things we conceive of as thoughts, ideas, choices, and preferences, for example, all result from a combination of physical, chemical, and biological processes. It is in materialism that we find Marx’s atheism, and a common (and controversial) materialist proposition is that free will is merely an illusion. Hegelianism holds that all reality is in the mind, and his dialectic refers to the contradictions between competing ideas and the process by which they are resolved (the thesis, antithesis, and synthesis). Dialectical materialism was Marx’s attempt to apply Hegelian dialectics to the material world of society.

Marx and Engels used dialectical materialism to analyze industrial society in Britain, and through this analysis they developed their theories of sociology, economics, and history. These theories are interrelated, but they each produce different Marxist concepts. Together, they provide the complete Marxian framework.

From this model, we can derive the first elements of Marx’s concepts of class consciousness, economic determinism, and the state. The relations of production also determine the different classes of people in a given society. Their behaviors are determined by their respective “class consciousness,” which results from both the economic base and the superstructure. This closely resembles the social determinism of previous thinkers, but because the superstructure is determined by the base, Marx is better classified as an economic determinist.

Marx’s economics are simpler. Following the classical economists, he sought to produce a treatise similar to Adam Smith’s Wealth of Nations. Smith began with a single concept—the division of labor—and explored the subsidiary insights that could be derived from it. Marx began his concept with the labor theory of value as expressed by David Ricardo. From this, Marx introduced the concept of surplus value. With capitalist production, Marx asserted, the worker was alienated from his product, and the surplus value it contained was the source of the capitalist’s profit. This is Marx’s theory of exploitation. This concept of exploitation resembles that of the Saint-Simonians, but Marx offered what appeared to be a thoroughly scientific justification of the theory—so long as one accepts the fallacious labor theory of value.

Finally, Marx wanted to produce a philosophy of history—often referred to as “historical materialism”—which he believed the utopian socialists lacked. His theory of history applied the concepts of his sociology and economics to explain historical change that ultimately proved the inevitability of a socialist future. Following the optimism of the Enlightenment, Marx—like many thinkers at the time—believed that historical progress always marched humanity toward improvement. Thus, by demonstrating that socialism was inevitable, it should be self-evident that it was also preferable to capitalism.

Every society, categorized by its material productive forces and relations of production, represents a different “stage” of historical progress. The material productive forces of ancient societies were the agricultural implements that allowed tribes to evolve out of the hunter-gatherer stage. The citizen class exploited the slave class by eating the food they produced. The next stage was the feudal society, which emerged with technological advancements such as the hand mill (to use the example Marx offered in The Poverty of Philosophy). In this society, the feudal lords exploited the laboring serfs. The capitalist stage is exemplified in the steam mill, in which the capitalist exploits the wage workers. The final stage—the end of history—was communism, in which property was abolished, class distinctions evaporated, and exploitation was no longer possible.

Marx’s explanation for “the history of all hitherto existing society” is his concept of “class struggle.” As the progress of the material productive forces—technological advancements—increased the rate of profit for the exploiting class, wealth concentrated in the hands of a smaller number of expropriators while the exploited class grew. This is Marx’s theory of concentration, or accumulation, which he borrowed from Sismondi. The new productive forces enabled greater exploitation, but they also served as liberating forces by destroying the old relations of production, just as the rise of industrial machinery destroyed feudal serfdom. Here we find the dialectic. In the thesis-antithesis framework, we have the greater exploiting potential (the thesis) as well as the liberating potential (the antithesis) of the new productive forces. As the new productive forces altered the “consciousness” of the exploited class, the “synthesis” would come about through a revolution in which the workers would overthrow the existing order and usher in a new societal epoch.

The final stage of history—communism—would arrive when the capitalist working class (the proletariat) finally overthrew the expropriating capitalists (the bourgeoisie). With this, we can highlight the final two tenets of Marxism that are important in understanding the history of socialist thought. One is the idea of revolutionary action. Marx was not the first person to propose revolutionary change—he was preceded at least by Gracchus Babeuf—but he was the first modern socialist to call for revolutionary change. The second important tenet is Marx’s theory of the state. According to Marxian sociology, the state is one component of the superstructure of a society, which serves to protect the interests of the dominant (exploiting) class. During the period of revolutionary transition, Marx argued that the state was necessary, but it should be a “dictatorship of the proletariat,” representing the interests of the working class. When the transition to communism was complete, the state would be unnecessary and it would “wither away.”

The most important contribution that Marx made, from the perspective of the socialists, was that his framework provided an argument for the dismissal (but not a rebuttal) of classical objections to socialism. Through the nineteenth century, the economic objections to socialism were virtually exclusively based on what we might call the “incentive problem.” What would motivate people to produce if not individual self-interest? Sismondi introduced the critique, in opposition to Adam Smith, that the interest of an individual may conflict with the interests of a society, but this did not negate the role of self-interest in motivating human productivity. Even when John Stuart Mill, in his later years, moved toward socialist views, he continued to express concern over the incentive problem (though, like Owen and Blanc, he accepted that proper education might be a solution). The objection was intuitive to most people, and it remains the most common counter-argument for socialism today.

By reducing human beliefs and values to “consciousness” dictated by “relations of production,” Marx’s followers could dismiss their intellectual opponents as “bourgeois economists”—dismissing them as part of the exploiting class concerned with protecting their class interests. Instead of a conflict between individual and general interest, Marx believed that the conflict of interests could only exist between classes, and in his dialectic formula, the problem would solve itself through revolution. Because communism would produce a classless society, there would no longer be a conflict of interests. And since consciousness is determined by relations to production, the absence of private property would produce a collective consciousness driven by the collective interest. In other words, classical economists claimed that the incentive problem would make socialism unworkable, but Marx countered that the incentive problem was purely a product of the capitalistic relations of production. As far as Marx’s acolytes were concerned, the incentive problem did not exist.

The full 8500 word essay can be read in full in the forthcoming summer issue of the AL Magazine. In this essay, Chris Calton explores the development of socialist thought from Jean Charles Léonard de Sismondi, to the rise of Marxism, and the broadening of socialist thought in the twentieth century. This essay alone is worth the price of admission! Subscribe today and claim a copy!

Chris Calton is pursuing a doctorate in history at the University of Florida. He is a writer and the host of the Mises Institute's Historical Controversies Podcast.‍