On the Limits of Free Markets

By
CJay Engel
|
December 2, 2019
It does not contradict free market principles to lambaste the cultural appetites and tastes of modern man as boorish and barbaric and animalistic, if not outright immoral.
Economics

On the Limits of Free Markets

It does not contradict free market principles to lambaste the cultural appetites and tastes of modern man as boorish and barbaric and animalistic, if not outright immoral. 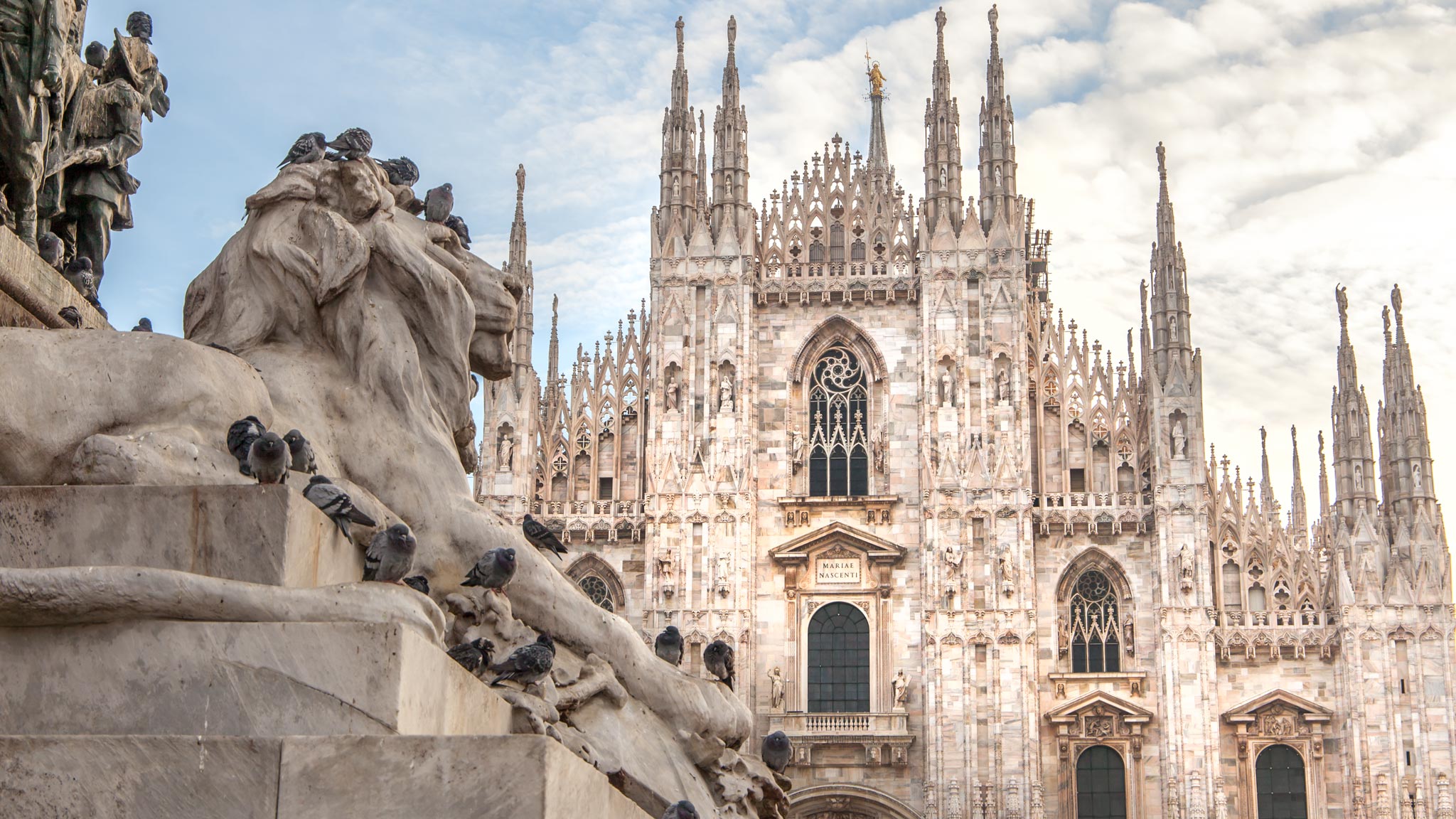 A free market order is one in which the owners of the means of production are private parties who direct the investment of their production efforts in accordance with the perceived desires of consumers, as communicated via the price mechanism.

One of the results of this interventionism has been the creation of a cultural crisis that can be attributed to at least four specific areas: the government education system that has foisted a materialistic and hedonistic worldview upon several generations of western world citizenry; the central banking-sourced transfer of property ownership to the titans of crony finance and state-subsidized corporate bodies; a mass welfare program that has existed since the New Deal and which was expanded during the programs related to the Great Society; and an intense narrative of multiculturalism and cultural relativity, as described in Paul Gottfried’s Multiculturalism and the Politics of Guilt.

These areas, and many more, have helped to facilitate the corruption of culture itself both directly in the state’s encouragement and subsidy of certain belief-behavioral patterns, and indirectly in the form of agitated leftist revolt against the Progressive-era corporate cronyism that has marked the twentieth century socio-economic order and narrative. This has created a degradation and moral degeneration of everything from art, music, and aesthetic expression to our ability to act with prudence, restraint, and civility as Western Man has largely been stripped of the moral sentiments and appreciation of the good and beautiful that characterized his past.

Now, one of the contributions of Mises and the Austrian tradition of economic science is the observation that the owners of the means of production create consumer goods in accordance with what they perceive to be the demands and wants of consumers. Mises likened this to the relation between the captain and the helmsman of a ship:

The capitalists, the enterprisers, and the farmers are instrumental in the conduct of economic affairs. They are at the helm and steer the ship. But they are not free to shape its course. They are not supreme, they are steersmen only, bound to obey unconditionally the captain's orders. The captain is the consumer.

It is important to clarify that this describes the situation of the free market only, which is not quite as clearly obvious under an interventionist order where the state not only regulates the ability of the “helmsmen” to produce what is in demand, but it also manipulates the desires of the consumers as well. Moreover, when the state offers enormous financial subsidies, contracts, rights of monopolization, and other forms of protection for specific businesses at the expense of others, and when these interventions are coupled with a socio-philosophical narrative that pervades the important state-education complex, the result is a corporate setting of cultural uniformity around the principles of subversive leftist social engineering.

The result of all this extends far beyond the allocation of profits and the arrangement of economic control: it has undermined society itself such that, almost without the masses understanding what was happening, we find ourselves in a scenario where older ideals and social processes have nearly been completely swept away. Traditional marriage, once considered to be a bedrock and cornerstone of civilization itself, is now a mere lifestyle choice; each generation is rabidly set in tension against previous ones; civilizational progress is narrowly defined in terms of material growth rather than in the spirit and moral instincts of the age. But despite the alleged liberalization of our culture from the norms of prior society, loneliness, depression, and suicide continue to rise.

Now then, one of the most important elements of our understanding of the world is the role that the market plays in a healthy and sound society. Not only does the market spontaneously produce a pricing system that guides and informs investment over time, but it also creates the setting for man to discover new ways to contribute to his fellow man and relish in the achievements of civilization.

But the great question of our time is what happens to society on the back of a socio-moral crisis encouraged, as it was, by socially Progressive statism? The market is an expression of the intelligence, virtue, and spectrum of desires that compose all individuals who participate in the market order. But this means that the market will reflect the quality of these individuals. Thus, the market itself is only as moral, virtuous, and stable as the people who make it up. This is where the majority of libertarians and proponents of complete free markets merely shrug and offer: “whatever the market decides."

Once can certainly point out that our present corporate-economic arrangement is the product of crony, corporate statism and critique the social engineering that flows from this horrific structure. But the more concerning—and long lasting—point is that while libertarians talk about eradicating this crony structure and achieving a free market, it is in fact the case that the character and nature of society and the individuals that make it up have been radically and fundamentally restructured in accordance with the influence that Progressivism has had on the West.

One of the economists and social theorists that most directly concerned himself with this problem was a friend of Ludwig von Mises: Wilhelm Röpke. Röpke, especially in his Civitas Humana: The Moral Foundations of Civil Society, observed that a society that wanted to maintain a separation between the state and the culture/economy would need to place particular emphasis on the role of non-state institutions; the very institutions that have been either corrupted, downplayed, or rejected in our era; the very institutions that our entertainment, social media, and even food products despise to their core.

These include the dogmatic necessity of the family unit that extends not just to mother, father, and children, but also beyond that to one’s extended family to produce a social unit that could be identified with, with prioritization over against the state itself. Community churches, businesses, local governments, and schools/clubs have all been subsumed into the greater socio-political order such that everything has been politicized and adjusted in accordance with the supra-national socio-political order. As well, the goods on the market too have begun to reflect much more strongly the transformation of man from a participant in families, churches, and communities, to man as a consumer of the universal ideology of the state-corporate Progressive alliance.

Röpke warned that the loss of a social moral code would lead not toward social emancipation but toward social tensions and eventually, a rush toward the state for guidance and support. It is not enough to say that “the market is good and that men should be free from the state.” If society refuses to sustain itself on the foundation of older and time-proven social institutions, it does not matter what economic logic says: man will ignore this logic and seek hope in material hedonism or in the state itself. In either case, human flourishing will fall away.

Now, in our time of mass rejection of the traditions and socio-religious norms that preceded our age of moral libertinism, the crisis is such that, if the central state were to disappear or dissipate away, and there was a mass return to the market machinations, the market would reflect the character of the post-democratic man. Post-modern man is consumed with sexual deviancy, an appetite for mass-produced “popular” music, an addiction to media entertainment that stimulates the emotion and undermines the reflective life. Our consumption is less about accompanying the importance of civilized leisure and more about numbing our minds via the cheap drug of technological-entertainment. The market is not neutral; it both mirrors and drives culture.

The role of the Progressive State in the twentieth century has been to act as a catalyst, a via media, that that has taken in one type of man many generations ago, and outputted a dependent, unthinking, morally lacking, and ethically confused New Man in the twenty-first. He has constructed this man out of narratives, entertainment, welfare, multiculturalist influence, and a type of individualism that challenges society and custom, rather than the individualism that fosters courage to stand up against evil. In our time, “whatever the market decides” is so often the very things that the civilized cynic of postmodernism are revolted by and oppose as unhealthy influences.

The free market is not enough to obtain a sound, virtuous, and sustainable society. Rather than this being a case against the free market, it is instead a case for cultural renewal and a repudiation of what Röpke called the proletarianization of culture. It is meant not as permission for the state to intervene in new ways, but rather as a warning to those who think that the market order is sufficient to achieve a better civilization. If the free market reflects the culture that demands products and services, and if the culture has abandoned its moral past, then the market will produce goods and services that satisfy the desires that fill the void of this abandonment.

The spirit, the moral and intellectual integrity of Western Man, has been decimated and all that remains is his want for cheap immediate gratification, with little in the way of a motivation to seek higher things. The corruption of man has led his instincts backward; it is not "progress" that defines the condition of twenty-first century man.

There is a common instinct among free-marketers that leads them to suppose that “whatever the market decides” is positively praiseworthy, or at least beyond our authority to combat and dispute on moral and aesthetic grounds. But it does not contradict free market principles to lambaste the cultural appetites and tastes of modern man as boorish and barbaric and animalistic, if not outright immoral. The market is not, per se, a source of praiseworthy goods and services. We don't have to be satisfied with the cult of ugliness and degeneracy.

Rolling back the state is not enough. In its void, we need more than just the economic mechanisms that produce whatever the consumers want. That is, the free market is necessary, but it is not sufficient. Our challenge is to robustly oppose and stand firm against cultural agnosticism and for the advocacy, in the face of a blatantly leftist world, of high culture, beauty, and a virtuous society. The market is secondary in importance to the moral and cultural setting in which the market fulfills its role.

On Old Rightism and Traditional Conservatism

Conservatism and the Viennese Students of Civilization