Our Great Difficulty: Reconstructing the Paradigm

By
James Crawford
|
October 23, 2019
June 1, 2019
To regain what we have lost in terms of liberty and cultural values, we must understand that these were lost because older paradigms were torn away by a Progressive revolution.
Society and Culture

Our Great Difficulty: Reconstructing the Paradigm

To regain what we have lost in terms of liberty and cultural values, we must understand that these were lost because older paradigms were torn away by a Progressive revolution. 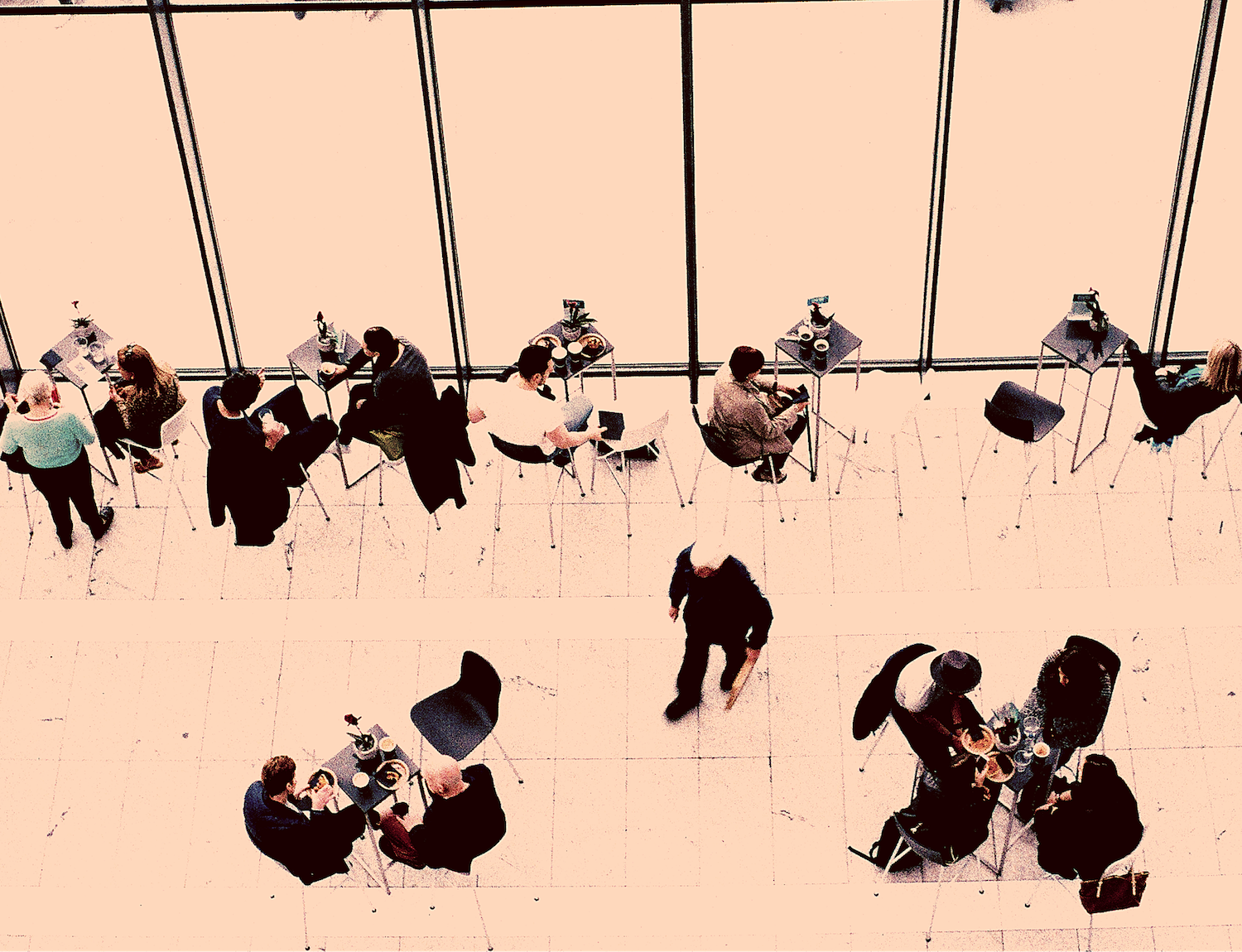 I was recently struck by the sweeping statements made of Ludwig von Mises by his ardent disciple Murray Rothbard in his talk "Ludwig von Mises and the Paradigm for Our Age.". As mentioned by Rothbard, it is the observation made by Thomas Kuhn that every age is characterized by a certain paradigm, or interpretive framework, with regard to a specific science. As the paradigm is built up and adopted, it lasts until it begins to fall apart, undermined by internal contradictions, logical failings, and inapplicability, among other things. And in its place, some new paradigm rises to the consciousness of the scientists or intellectuals and eventually this percolates down to the masses such that there becomes a general social stance on a certain topic.

In the context of Rothbard’s statements, the case was made that Misesianism must become the new paradigm in the science of economics. Classical economics had given way to Marxism and then to Keynesianism. Both these failed.

The answer — which obviously cannot be documented in the compass of this article — is simply and startlingly this: that Ludwig von Mises offers to us nothing less than the complete and developed correct paradigm of a science that has gone tragically astray over the last half century. Mises’s work presents us with the correct and radically divergent alternative to the flaws, errors, and fallacies which a growing number of students are sensing in present-day economic orthodoxy.

Among the things required in order to bring forth a new paradigm is a reconstruction of vocabulary. Somewhere along the way, arguably at the dawn of the socialist movement itself in the mid nineteenth century, liberalism itself was quickly undermined so that it referred not to the protection of the man against the state, but to some vague notion of being “liberalized,” set free, from the oppressions of institutions such as private property, capitalists, bosses, and even, eventually, teachers, parents, etc. Liberalism then became a sweeping position on social upheaval and it was there that the original sense of man free from the coercive nature of the state was swept by the wayside. And even further, such capitalistic free market economics was quickly scoffed at and dismissed as rank “reactionary” and “bourgeois” propaganda.

This reconstruction of the language is an important one. As Ben Lewis quoted from Richard Weaver,

For the most obvious truth about rhetoric is that its object is the whole man. It presents its arguments first to the rational part of man, because rhetorical discourses, if they are honestly conceived, always have a basis in reasoning. Logical argument is the plot, as it were, of any speech or composition that is designed to persuade. Yet it is the very characterizing feature of rhetoric that it goes beyond this and appeals to other parts of man’s constitution, especially to his nature as a pathetic being, that is, a being feeling and suffering. A speech intended to persuade achieves little unless it takes into account how men are reacting subjectively to their hopes and fears and their special circumstances.

Thus we read recently at Vox, a source of constant revolt-via-rhetoric-shift, that there was a new bill passed which extended “civil rights protection to LGBTQ people.” One of the most powerful aspects of rhetoric, as per Weaver, is that it is emotionally appealing and therefore convincing. It matters not to the majority of people, and certainly not to the leftists such as Vox contributors and editors, that “rights” are not composed in the ability of the government to aggress against the will of property owners. Of course, by now it is well known in libertarian circles that the left understands rights to be positive in nature, rather than negative. That is, rights are such that, in order for their fulfillment, they require some sort of forceful implementation and application.

The author of the piece, German Lopez, writes:

The US House of Representatives on Friday passed the Equality Act, a bill that would protect LGBTQ people from discrimination in housing, the workplace, public accommodations, and other settings.

While discrimination itself is an actual right, on the basis that it is unethical to employ coercive means to prevent discrimination, the paradigm under which we now operate reverses the meaning of rights. This means that the discriminator is the coercer and the one traditionally seen as doing the coercing (the government) is, in actuality, a bringer and maker of peace. In other words, libertarians need to understand that merely making the argument that “coercion is bad” does not work if the paradigm is such that coercion is a characteristic of property ownership and if the state is seen as an absolver of such sins.

Vox cheers as it writes:

It certainly addresses a gap in civil rights laws, but the “civil rights law industry,” if we may call it that, serves to breach, rather than protect rights. But of course, they can speak this way because they operate under the false paradigm. The gap being filled is a gap that currently serves to keep the existence of rights, not that a gap that betrays them. For the real extension of rights, the current laws already having to do with the prevention of discrimination must be repealed.

There are no such thing as LGBTQ rights. There are only individual rights. The right to be secure and free in one’s person and property from the encroachment of other individuals, including those who make up the state apparatus. In this light, therefore, LGBTQ people already have all their rights, except to the extent that laws exist which enable the state to breach them! As is so often the case, the state postures itself as a protecter while in reality, it is the Great Breacher of rights. The state rests in, depends upon, and flourishes under the context of a distorted and fictional paradigm.

All this applies too at the social and non-state level. Rather than simply disagreeing with or finding distasteful the alternative lifestyles of certain groups of people, we are said to “hate” them or to be fearful (homophobia). Rather than finding nostalgia and beauty in elements of cultural past of Europe and the United States, we are said to be white nationalists and supremacists, even neo-Nazis. While obviously unfair and flatly absurd, the rhetoric and posturing of the Modern Paradigm demands this. Whether it is innocently overlooked or deviously intentional, the fact is that such paradigmatic themes completely undermine and tear apart social harmony; it fosters tensions and fuels discord among people. They cling to the state instead of those around them.

In order to win the great debate of our time, the difficulty is larger than commonly assumed. We cannot merely convince people that rights are good and coercion is bad; we must convince them of the proper way to define rights and coercion, and therefore liberty. That is, we need a new paradigm, a new framework. Not only is this of magnificent difficulty, it is in my mind nearly impossible. This isn’t something that can be done on Twitter, on Facebook, even on this here website. While this reeks of despair and defeatism, I suppose it should be echoed that the “way out,” if there is one, is a shift of the strategic paradigm as well. We are trained to participate at the national and even state levels of government on behalf of a fight for liberty.

But if liberty is the nominal language also of the leftist revolution, we are fighting with knives against a leftist tidal wave that sweeps the world. The rhetoric of oppression, of discrimination, of victimology, and of Overcoming social authoritarians (regardless of the fact that the left is actually much more authoritarian than the social right), will, at least for the foreseeable future, be the more palatable paradigmatic rhetoric. We cannot compete with this. Ignoring and nullifying the central governments in our personal and familial lives, living a “post-political” lifestyle and actively avoiding the media, the education industry, even social media platforms, is important to the survival of the future of the West.

It’s time, as C.Jay’s Summer 2019 editorial will be themed, to hunker down and “save the books.” The paradigm won’t change in the near term, and yet this shift in paradigm a prerequisite for a better socio-cultural condition.

James Crawford is a writer and business owner in Kansas. He has a degree in history and is primarily interested in medieval history.