By
CJay Engel
|
November 7, 2019
Rubio-style central planning is a bunch of made-up appeals to a society in crisis, not a legitimate approach to the realities of our present age.
Economics

Rubio-style central planning is a bunch of made-up appeals to a society in crisis, not a legitimate approach to the realities of our present age. 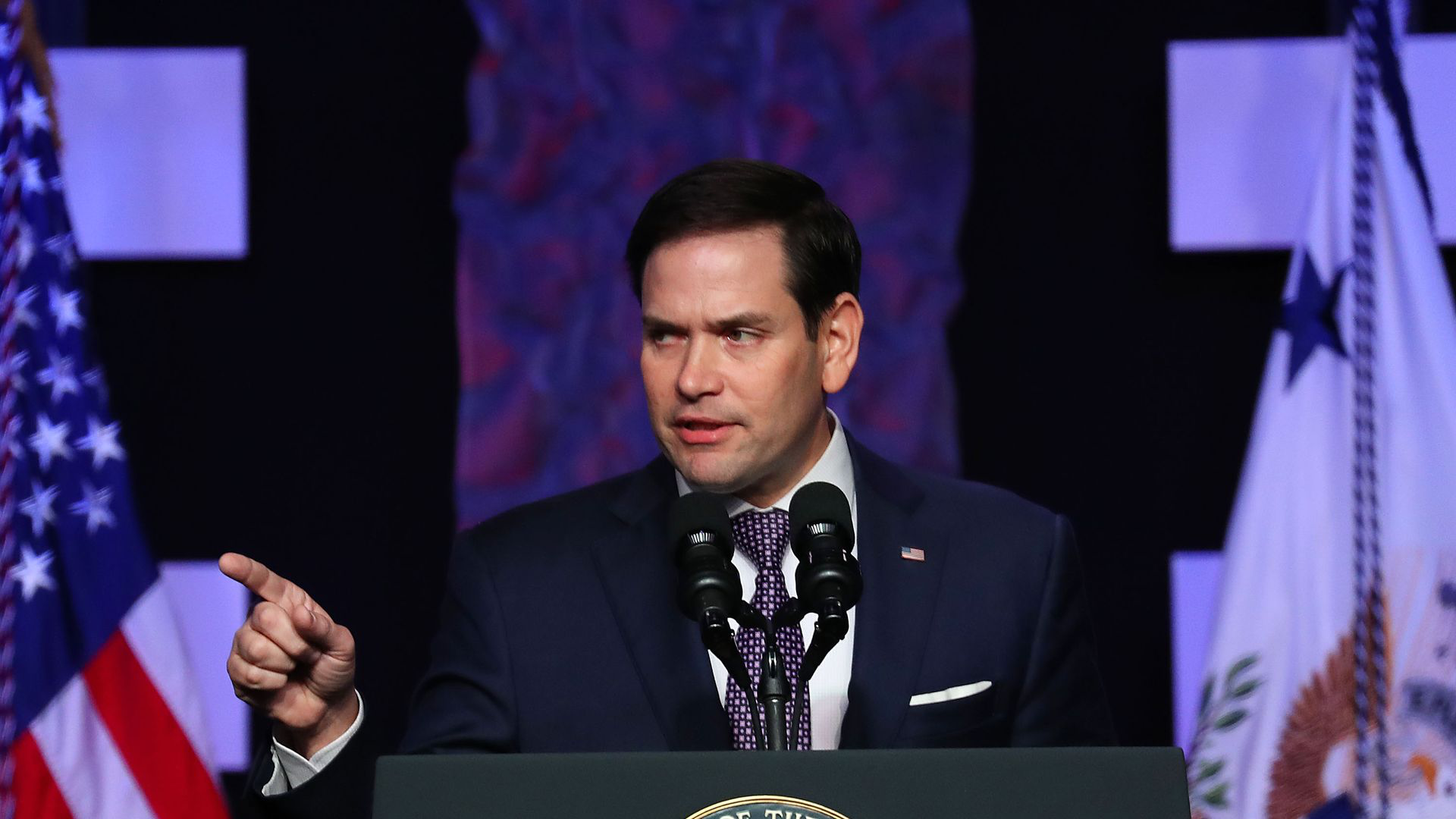 In my own developing disillusionment with the postmodern world and especially (because it's my background) the personality of the typical libertarian, I have found quite an attraction to something more akin to Wilhelm Röpke's (Shawn Ritenour has a nice overview of Röpke at Mises) emphasis on a "humane economy." I disagree with people that think an emphasis on the importance of human society and community over against raw economic efficiency for its own sake is some sort of advocacy of a third way between capitalism and socialism (such as the alleged distributism).

It is not a critique of capitalism or even Misesian logic to say that there is more to the health and soundness of a society than mere economic propositions. Many conservatives often think that because Mises and economists like him were explaining the downside of economic interventionism, it was therefore their position that nothing else was important besides economic effiency. This is a tired mischaracterization of the purpose of economic logic. What Mises emphasized in all his work was that regardless of your intentions, economic interventionism would not achieve the ends sought.

One of the things that I have come to terms with is that it is no betrayal of laissez-faire, it does not require a call for interventionism, to observe the importance of social aspects outside economic observations. It frustrates me to no end when so many conservatives, some of whom I am growing to appreciate more and more on non-economic issues, think that Austrian economics somehow demands that people only focus on efficiency in their approach to the world. It does no such thing. It rather explains the logic of human action, explains where wealth comes from, and explains the consequences of using state intervention to achieve ends at odds with the market; that is, it does in no place require people to not think about society and culture within the boundaries of other fields of study.

Russell Kirk tells an interesting story about an exchange between Mises and Röpke:

Now Mises, who had been professor years before at the Geneva Institute of International Affairs, came to visit Roepke in Geneva, about 1947. Happy at the success of these garden allotments, Roepke took his guest to see Genevan working people digging and hoeing in their gardens. But Mises shook his head sadly: “A very inefficient way of producing foodstuffs!” he lamented. “Perhaps so,” Roepke replied. “But perhaps a very efficient way of producing human happiness.”

It could hardly be said that Röpke was an advocate of planning to produce human happiness. Röpke was merely looking through a broader lens at the human condition, within that specific instance.

Now, we find an article in First Things that praises Marco Rubio's economic plans and contrasts them to Mitt Romney's alleged laissez-faire (seriously, the author thinks that Romneyism is a laissez-faire approach to economic policy— a suggestion that prevents us from taking the article too seriously). In any case, Romney in 2011 released his "Believe in America" economic plan. In it, we are told, Romney

emphasized the supply-side, pro-business policies that have long defined Republican economics. Lowering the corporate tax rate, expanding free trade agreements, implementing worker retraining programs, and cutting government regulations on businesses featured prominently. The underlying philosophy was that fostering GDP growth would create jobs and prosperity for Americans across the board.

In the eight years since, GDP and financial sector profits have continued to climb. So have drug dependence, suicide, and other deaths of despair.

One of the most shocking things about this narrative is that Romney never became President; his plan was never put into place. It is shocking, but typical, to draw and cause-and-effect when the cause never took place. But what is less shocking and more aggravating is the constant lack of economic logic whenever these types of narratives show up: it is always merely assumed that, somehow, rising GDP and profits are the cause of the drug dependence, suicide, and other deaths of despair? When one cannot draw causation lines between two correlatives, one is susceptible to praise something even more absurd.

Which is exactly what the author does in looking to Rubio as a contrast.

It’s against this backdrop that another ambitious GOP politician, Sen. Marco Rubio, is thinking beyond mere macroeconomic metrics to place human dignity at the core of America’s political economy. In a speech at the Catholic University of America yesterday, Rubio, who scorned philosophers during his own presidential run in 2015, outlined an economic philosophy that departs significantly from Romney’s laissez-faire approach. “The primary purpose of capitalism is to provide for human dignity,” Rubio proclaimed, expanding on themes from his August First Things essay. “We don’t need socialism, [but we also] don’t need simply to say ‘the market will take care of it by itself.’ What we need is to restore common good capitalism.”

All this needs a reconstruction—the narrative is so beyond distorted that it defies belief. Firstly, Romneyism, to the extent that such a milquetoast and deer-in-the-headlights politician could even have a policy tradition named after him, takes place in the context of an administrative-corporatist economic framework that is categorically far beyond removed from laissez-faire's remote meaning. Technocratic tinkering in an economic framework defined by bureaucracies, administrative laws, industrial-state complexes, and, especially, post-Friedman rogue central banking, does not a laissez-faire approach make.

And there are social consequences, as the Austrians have pointed out time and again, by constructing a centralized system in which financial power-houses have a crony and special relationship with the central bank such that real wealth tends to accumulate to the first holders of new money, causing impoverishment of later holders of money—especially if those holders are given jobs under an unsustainable economic setting caused by modern central banking.

In other words, depression, suicide, and despair are phenomena that stem from a complex history of state shenanigans (a good deal of which have to do with our health system, obsession with psychiatric drugs, and our horrific foodstuff—all of which are the result of state mechanisms, subsidies, and propaganda), coupled with an underlying social philosophy egged on by education departments, philosophers, psychologists, bureacrats, politicians, and so on. Perhaps, as Daniel Ajamian at Mises has argued, the roots of our discontent started back in the enlightenment. There is an underlying worldview and zeitgeist at play here too. High GDP is not the cause our problems.

Thus, to praise Rubio for shifting the narrative and mood of central planning toward the government-led restoration of "common good capitalism" suffers from the same fatal conceit of planning in accordance with other, more economically-considered values. The author writes:

The pantheon of thinkers from which Rubio derives this “common good capitalism” reveals the extent of his breach with his party’s status quo. Republicans, despite being the more church-going of the two parties, tend to lean more on Mises, Hayek, and Ayn Rand than Popes Francis, Benedict XVI, John Paul II, and Leo XIII—all four of whom Rubio quoted extensively yesterday. In looking to Rome rather than Vienna for his economic thought, Rubio seeks to reclaim a holistic disposition that recognizes the members of the U.S. economy as human persons, not simply scientific datum.

What is fascinating is that while the author praises Rubio for looking to Rome, he engages in the falsification of history such that the status quo of the GOP is alleged to be Mises, Hayek, and Ayn Rand. All three of these have produced disciples who are some of the loudest opponents of US economic policy on the basis that it is interventionist, statist, and a grand betrayal of the free market. Such falsification of the reality of central planning in our time is one of the primary reasons that Conservatism as a movement is inherently untrustworthy. So yes, Rubio is alleged to take his thought (what he is actually taking are platitudes and phrases, not meaningful thought) from Rome, the present state of the GOP looks to the post-Keynesians and monetarists for advice on how to plan for a better world. Vienna has long been a complete reject for those in power.

Aside from this, we also find that our author doesn't understand Viennese thought anyway; for it cannot be found (not now, and not in any of the other several thousand instances of this made-up criticism) in the Austrian literature that man should be characterized as a scientific datum. After all this was precisely—precisely— the understanding of man that Mises and Rothbard railed against in their critiques of positivism as an approach to economic thought! The author gets things exactly backward.

I suppose that finding promise in Marco Rubio will do that to you.