The Action Axiom: The Workhorse of Austrian Economics

By
Bradley Thomas
|
October 23, 2019
July 12, 2019
Because all men employ means to accomplish self-chosen ends, there is an entire body of knowledge that can be derived about the nature of the human action and interaction.
Economics

The Action Axiom: The Workhorse of Austrian Economics

Because all men employ means to accomplish self-chosen ends, there is an entire body of knowledge that can be derived about the nature of the human action and interaction. 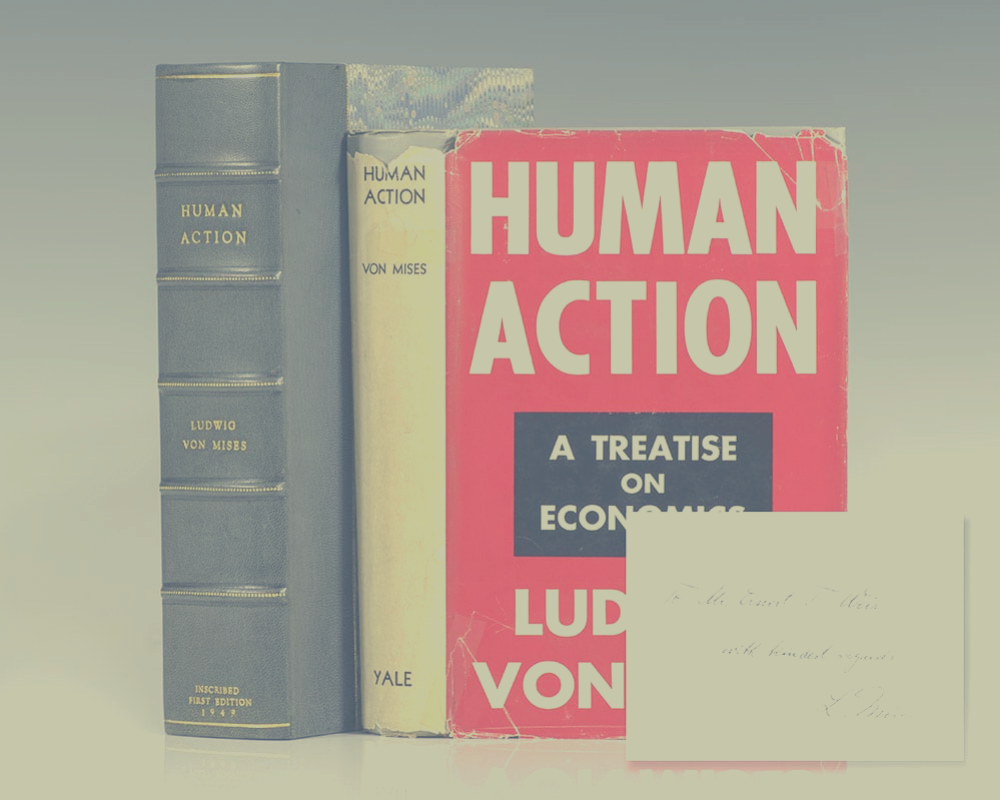 The action axiom is one of the sturdiest workhorses in all of the social sciences. It’s explanatory power for economics is only rivaled by its elegant simplicity.

In his appropriately titled treatise “Human Action,” Ludwig von Mises offered probably the most effective and complete demonstration of the indispensable nature of the action axiom. As Murray Rothbard wrote in “Egalitarianism as a Revolt Against Human Nature,”

“Upon this simple and evident axiom of action, Ludwig von Mises deduces the entire systematic edifice of economic theory, an edifice that is as true as the basic axiom and the fundamental laws of logic. The entire theory is the working out of methodological individualism in economics, the nature and consequences of the choices and exchanges of individuals.”

Any student of economics should consider it criminal if they weren’t taught this axiom, and the interested layman would find no better starting point.

As Rothbard noted, economics is a social science that arrives at conclusions using deductive logic based upon the self-evident truth that humans act, and do so with a purpose in mind.

An amazing amount of economic theory can be constructed by deducing the logical implications of that self-evident fact.  More specifically, the Action Axiom can be summed up as follows: humans employ means according to ideas to accomplish ends

To unpack the full weight of this statement, we must more closely examine three key terms used in the axiom. First, the term “end.” An end is our purpose for acting, it is the goal we are trying to accomplish. If you trade a peanut butter sandwich for a ham sandwich, you do so because your goal – your end – is to acquire a ham sandwich.

Next is the term “means.” Means are the resources we utilize in attempting to accomplish our goal. These are typically tangible things, but also include time. For instance, to accomplish the ends of brushing one’s teeth, the means used include toothpaste, a toothbrush, water and five minutes of your time.

Third is the term “idea.” By this, we mean the thought that a person puts into linking means with his chosen end. This person believes that if they use toothpaste, a toothbrush, water and five minutes that he will in fact be able to brush his teeth.

Bear in mind, a person does not always end up choosing means that actually do achieve his end. But at the time of his acting, he employs means that he believes will accomplish his chosen goal.

In this light, Mises revealed that economics is properly construed to be a branch of the social science called praxeology, which is the study of the implications of human action.

The value of what is abandoned is considered the cost in this exchange. “Cost is equal to the value attached to the satisfaction which one must forego in order to attain the end aimed at,” explained Mises. When people act, they seek a state of satisfaction greater than the cost given up in the exchange.

Using the process of deductive logic, we can arrive at several crucial fundamental economic concepts implied by the action axiom.

These concepts, combined with a few supporting assumptions derived from experience, form the majority of the analytical framework known as economic theory. We know that these concepts are true because they are deduced, using reason, from an initial premise (the action axiom) we know to be true.

When a person acts, they engage in purposeful action to achieve a goal. By acting, we can deduce that means are scarce relative to the goals they could be used to achieve. If they weren’t, there would be no need to act, for if means were superabundant, then man’s needs would already be satisfied. For instance, air is superabundant and therefore not considered a means, but rather a general condition, and therefore not a subject of action.

Already, the action axiom has enabled us to deduce the concept of scarcity. Man’s act of choosing among means to accomplish an end informs us that he has values that govern his choices.

And because man can only satisfy one goal at a time, and his values determine which goal he chooses to satisfy, we can deduce that man has a value scale in which he ranks his ends in order of highest value to him. From this we can also arrive at the concept of opportunity costs, which is the next highest ranked alternative that he had to forego when he opted to pursue his chosen goal.

Building on the action axiom also enables the economist to deduce economic laws and concepts such as time preference, subjective value, marginal utility and many more beyond the scope of this introductory article.

Indeed, the logical deductions derived from the action axiom enable us to construct supply and demand curves, empowering the economist to not just accept the laws of supply and demand as true, but to understand whythey must be true.

The edifice of Austrian economics stands atop a rock-solid foundation, the action axiom. The distinctly individualist approach also provides insights that expose the harmful impacts of government coercion and interference into the freely chosen actions and interactions of individuals. Economists and libertarians would be wise to continue to profit from its insights.