The Mathematization Of Austrian Economics?

By
CJay Engel
|
October 23, 2019
July 10, 2019
Mathematics tends to be more, not less, ambiguous because there is no meaning to the formulas independent of the verbal language that must be employed to interpret and translate them.
Economics

The Mathematization Of Austrian Economics?

Mathematics tends to be more, not less, ambiguous because there is no meaning to the formulas independent of the verbal language that must be employed to interpret and translate them. 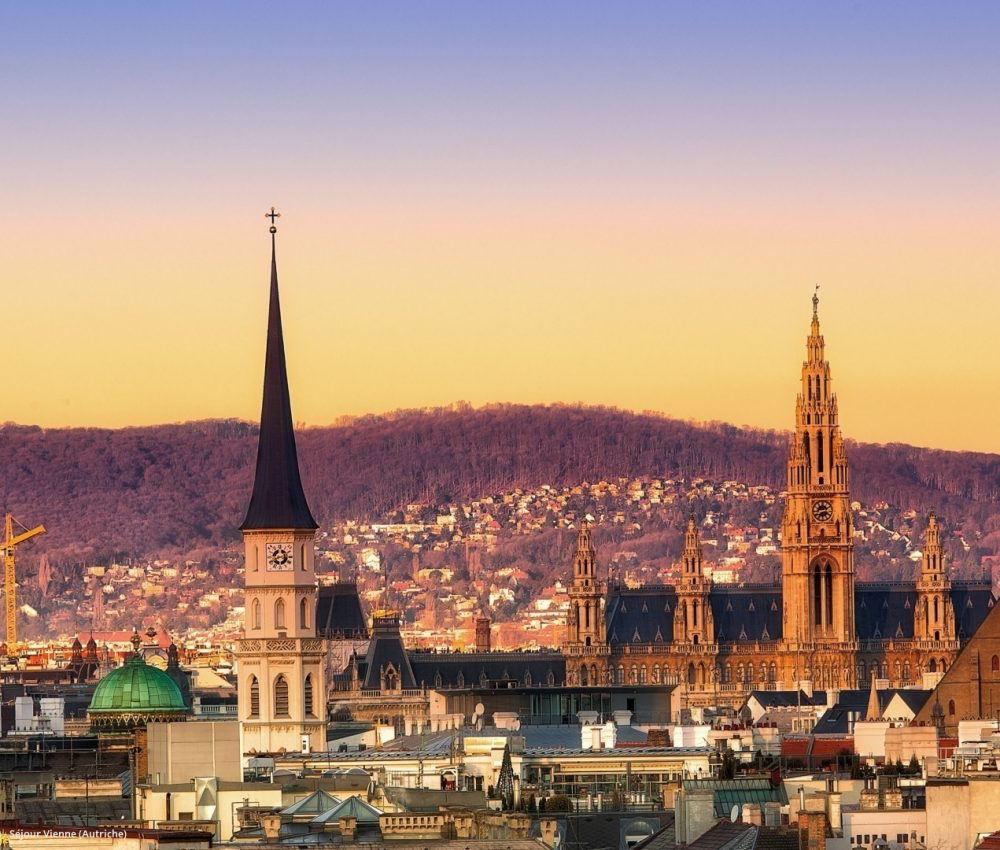 One of the more bizarre essays within the Austrian camp I have read recently was published in the festschrift in honor of Joe Salerno. It is titled Mises and Hayek Mathematized: Toward Mathematical Austrian Economics. As soon as I read that title, I was cynical. Herein, I do not offer a fully developed refutation, but merely some fleeting comments to the statements and claims of the author, Marek Hudik.

The thesis of the essay is that the “communication gap between the Austrians and the rest of [the] economic profession […] could be narrowed if the Austrian economics becomes more mathematized.”

Again, red flag. When the core methodology of post-Misesian Austrian economics is suggested to be put on the back burner to close the gap, one immediately wonders if the gap is worth closing. At what cost?, so to speak.

Nevertheless, the most striking characteristic of the essay is its vagueness in presentation of the narrative. For instance, without giving any reference to the distinctions within the Austrian School (most relevantly, the causal-realist vs. the equilibrium tradition– see my conversation with Shawn Ritenour), Hudik makes a list of Austrian-Friendly economists who have, indeed, used mathematics in their presentation of economic concepts. There are two problems with this:

He leaves out any individual (with the possible exception of Murphy) who would be considered a member of the causal-realist Bohm-Bawerkian/ Mises/ Rothbard/Salerno tradition (who are, by virtue of their methodology, critical of the adoption of mathematics in economic science) and only includes those who better fit under the Walrasian equilibrium tradition.

He makes no effort to explain the sense, or contextual purpose, in which the mathematics was allegedly brought into the presentation (again, he actually provides no examples).

In fact, Joe Salerno, in the Introduction essay to Rothbard’s Man, Economy and State, specifically attributes to the mathematical Walrasian approach a role in the crippling of the influence of the original Mengerian causal-realist tradition:

Menger’s causal-realist approach to economic theorizing quickly began to attract outstanding followers both in Austria and, later, throughout Continental Europe and the Anglophone countries. What came to be called the “Austrian School” grew rapidly in prestige and numbers and by World War I theoretical research based on the causal-realist approach was considered the cutting edge of economic science. For various reasons, the school suffered an amazingly rapid decline, especially in Great Britain and the United States but also in Austria, after the war. By the 1920s, the causal-realist approach had been overshadowed by the partial equilibrium approach of Alfred Marshall in Great Britain, the U.S., and even parts of Continental Europe. Its star fell further with the importation of the mathematical general equilibrium approach of Léon Walras into the English- speaking world in the early 1930s.

More to the meta-vagueness of Hudik’s essay itself, consider again the thesis of attention of the essay stated above. But a few paragraphs later, Hudik (correctly) writes that:

“This paper acknowledges that mathematization has costs and benefits. At the same time, it admits that it is probably impossible to determine the range of levels of mathematization for which benefits outweigh costs.”

But if it is impossible to determine where the benefits of incorporating mathematics outweigh the costs, then how can one know that more mathematics will narrow the dreaded “gap?”

Hudik offers three benefits of mathematizing Austrian economics. I will comment on each of them.

First, mathematics is nowadays a common language of most economists and other researchers across disciplines — it is thus necessary to communicate ideas.

The stated implication does not actually follow. If Mises and Rothbard are right, for instance, that the mathematization of economics is a degradation of the science, then it is actually not at all “necessary to communicate ideas.” This fallacy consists of the idea that because everyone else is doing it, it therefore must be necessary. This fails to get to the essence of the problem and does not consider the alternative, which might be stated: even though mathematics is common language, the mathematic economists ought to change their ways in order to better communicate ideas.

To extrapolate on this point number 1, Hudik writes:

The use of verbal language may lead to misunderstanding by the rest of the profession. When an Austrian and another economist speak of marginal utility or time preference, for example, do they in fact mean the same things?

Can mathematics alone even overcome this? When one thinks of meaning (definition) do we not go straight to verbal language to solve potential miscommunications? Mathematical formulas do not contain self-obvious definitions. Or as Murray Rothbard stated:

each verbal step-by-step deduction is also true and meaningful; for it is the great quality of verbal propositions that each one is meaningful, whereas mathematical symbols are not meaningful in themselves.

But of course, W.H. Hutt, Henry Hazlitt, and Ludwig von Mises were able to detect differences between Keynes and the classics just fine without resorting to mathematics.

Second, mathematics is less ambiguous than verbal language as it forces one to define precisely the meanings of concepts.

It is not clear why mathematics “forces one to” be precise definitionally. Or at least why mathematics is unique in this way. Mises and Rothbard go to great pains to define things very precisely; Mises’ The Theory of Money and Credit includes, for instance, a painstaking treatment of the underlying essence of monetary instruments that relies heavily on precise definitions.

In fact, in consideration of this, it seems like the oppose of Hudik’s statement is more accurate: mathematics tends to be more, not less, ambiguous because there is no meaning to the formulas independent of the verbal language that must be employed to interpret and translate them. Rothbard makes this point in Man, Economy, and State, where he writes:

Contrary to what might be believed, the use of verbal logic is not inferior to [mathematical-symbolic logic]. On the contrary, the latter is merely an auxiliary device based on the former. For formal logic deals with the necessary and fundamental laws of thought, which must be verbally expressed, and logistics is only a symbolic system that uses this formal verbal logic as its foundation. Therefore, praxeology and economics need not be apologetic in the slightest for the use of verbal logic—the fundamental basis of symbolic logic, and meaningful at each step of the route.

Third, mathematics is generally more efficient than verbal language, both for “producers” and “consumers” of economic ideas.

In the elaboration of this point, Hudik observes that

there exists a large number of mathematical theorems at economists’ disposal. Consequently, we do not have to rediscover these theorems whenever they arise in a new context.

This is a weak point because one does not at all need to take advantage of mathematics in order to benefit from assuming past economic theorems. For instance, we have the “Law of Marginal Utility” and the Ricardian “Law of Association.” We can refer to these in the course of explanation or argumentation without having to “rediscover them when they arise in a new context.” Verbal language therefore, has the ability to be just as efficient.

But efficiency is worthless without meaning.

I think, therefore, that the above points are a great distraction to the essence of the problem. I do not think that Hudik actually has a good grasp on why the Misesian-Rothbardian tradition of Austrian Economics has been critical of the employment of mathematics in economic science.

One of the chief problems of mathematical-symbolism in the place of verbal/literary development of a thought is that it masks over the underlying or root errors engrained within the formula as a result of faulty steps in the creation of the formula. What I mean by this is that if we always just borrow and employ previously created mathematical formulas, we miss the fact that the formula itself holds no inherent meaning, which means that we cannot see any mistakes made in its creation.

By implication, this means that A) we may not actually be communicating well at all with others who import their presuppositions into the formula and B) we may be employing a formula whose creator depended on an understanding of economics that was completely at odds with causal-realist “first principles.”

Hudik misses this because he seems to be impressed by the very concept of mathematics and therefore overstates what can be accomplished by them. He has not adequately come to terms with Rothbard’s statement that verbal logic is the foundation of mathematical logic and the latter is “an auxiliary device based on the former.”

To conclude, we consider the comments of Ludwig von Mises himself. One senses in Hudik a desire simply to, for the sake of his three points above, adopt mathematics as a useful preference of economic expression. Mises stated that there was far more at stake than mere preference (taken from Human Action, pages 347-354):

If this antagonism between the logical and the mathematical economists were merely a disagreement concerning the most adequate procedure to be applied in the study of economics, it would be superfluous to pay attention to it. […]

However, this is not a dispute about heuristic questions, but a controversy concerning the foundations of economics. The mathematical method must be rejected not only on account of its barrenness. It is an entirely vicious method, starting from fake assumptions and leading to fallacious inferences. Its syllogisms are not only sterile; they divert the mind from the study of the real problems and distort the relations between the various phenomena.

Logical economics is essentially a theory of processes and changes. It resorts to the imaginary constructions of changelessness merely for the elucidation of the phenomena of change. But it is different with mathematical economics. Its equations and formula are limited to the description of states of equilibrium and nonacting. It cannot assert anything with regard to the formation of such states and their transformation into other states as long as it remains in the realm of mathematical procedures.