By
Ben Lewis
|
October 23, 2019
For libertarianism to be meaningful in the real world, for it to serve as a tool against the prevailing cultural degradation, libertarians need to remember the importance of social health.
Society and Culture

For libertarianism to be meaningful in the real world, for it to serve as a tool against the prevailing cultural degradation, libertarians need to remember the importance of social health. 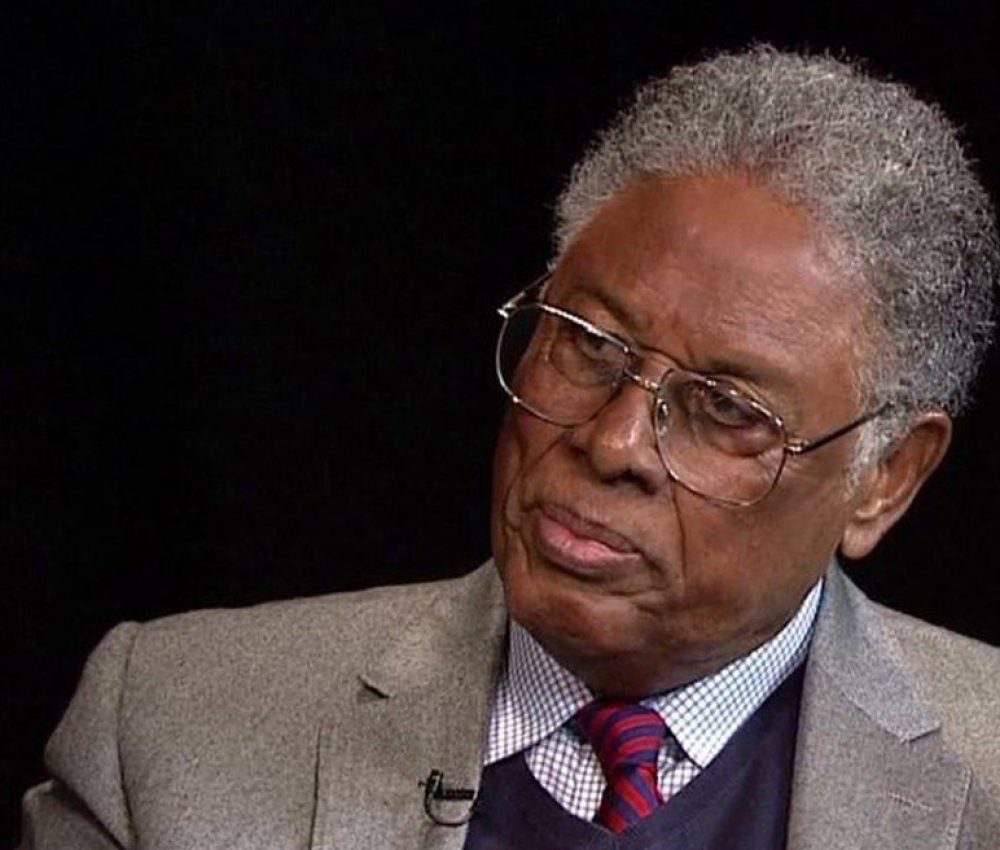 In a recent appearance on The Rubin Report, economist, social theorist and all around hero Thomas Sowell told host Dave Rubin that one of his only criticisms of the libertarian label is that “Libertarians seem to have this atomistic view of the world, which I think is completely unrealistic, because not only in my life, but in the lives of people around me, the surroundings make a huge difference.”

In using the word “atomistic,” Sowell is repeating a long-stated conservative objection to libertarianism, namely that libertarians seek to abolish not only political hierarchies, but also all social hierarchies, including the family. This objection claims that libertarians prioritize individual freedom from all forms of authority above all else and thus believe, implicitly or explicitly, that society should be composed of atomized – that is, totally autonomous – individuals. Sowell is right to look askance at this idea, and to assert the importance of social structures to individuals. And if libertarians really hold this view of society, Sowell is right to be critical of the label.

Where does Sowell get the idea that libertarians believe in destroying all forms of authority? Sadly, from libertarians, too many of whom see their mission as not only freeing mankind from political coercion, but from all social influences and authority. Such people, for instance, hold to “libertarian parenting” – in which parental discipline is considered aggression against the child – and believe that all social pressure is as much an infringement on individual liberty as is political coercion. These so-called “thick” libertarians see libertarianism as not just a theory about the proper use of physical force, they see it as comprehensive social philosophy.

Sociologist Robert Nisbet observed that this idea is strongly associated with some schools of libertarian or classical liberal thought, writing that “By almost all of the English [classical] liberals of the nineteenth century, freedom was conceived not merely in terms of immunities from the powers of political government but, more significantly, in terms of the necessity of man’s release from custom, tradition, and from local groups of every kind.” Nisbet, like Sowell, was critical of these ideas, even though he didn’t attribute them to simple nihilism. Clearly, wrote Nisbet, these thinkers based their conclusions on a sincere desire to promote individual liberty, but had a poor “psychological and sociological conception of the conditions necessary to the development of individuality.”

Ironically, undermining the social institutions that provide the framework for the individuality that these classical liberals were pursing ultimately undermined individuality and, consequently, liberty itself. “Even constitutional guarantees and organic laws,” Nisbet wrote, “dim to popular vision when the social and cultural identities of persons become atomized, when the reality of freedom and order in the small areas of society becomes obscure.”

While Nisbet was correct that some thinkers in the libertarian tradition have held this view of society, just as Sowell is correct in pointing out that some libertarians still hold this view today, it’s not the case that atomistic individualism is a necessary component of libertarianism. Frederic Bastiat, from the surprisingly more socially conservative French school of classical liberals, repeatedly pointed out that political freedom was not the same as social freedom. Bastiat asked, “Does it follow that [if we are free] we shall then cease to associate with each other, to help each other, to love and succor our unfortunate brothers, to study the secrets of nature, and to strive to improve ourselves to the best of our abilities?” To Bastiat the answer to this question was no, clearly showing that political freedom does not mean absolute social autonomy.

British classical liberal Lord Acton closely associated liberty and duty, including social duty, writing that “Liberty is not the power of doing what we like, but the right of being able to do what we ought.” Acton believed that “Liberty…is itself the highest political end,” but not necessarily the highest social end. Rather, as philosopher Gerard Casey recently wrote, “for libertarians, liberty is the lowest of social values, lowest in the sense of most fundamental, a necessary condition of a human action’s being susceptible of moral evaluation in any way at all.” In this way, individual liberty is foundational to society, not in competition with it. Liberty is required, wrote Acton, “for the security in the pursuit of the highest objects of civil society, and of private life.” Society, which develops and communicates moral norms, is essential to liberty in Acton’s view, because “…liberty comes not with any ethical system, but with a very developed one.”

Thus, in contrast and opposition to the “atomistic” libertarians Sowell identifies, there is another group of libertarians that does not make the “socialist” mistake, as Bastiat called it, of confusing “the distinction between government and society.” Indeed, proper libertarianism understands that libertarianism’s proscription of aggression applies to a very narrow definition of aggression, one that does not include social pressure and hierarchy. Libertarianism, then, does not inevitably lead to the atomization of individuals. It concerns itself not with the destruction of social institutions and associations, but rather with their proper organization. As Casey says,

Libertarians are sometimes portrayed as if they necessarily considered social disorder to be something desirable. Nothing could be further from the truth. Although there may be individual libertarians who, bizarrely, judge that a disordered, Hobbesian-state-of-nature is a consummation devoutly to be wished, most libertarians desire to live in an ordered society. The question isn’t really whether order is desirable; it is what kind of order is desirable, where that order is to come from and how it is to be maintained. For the libertarian….genuine order arises intrinsically from the free interaction among indivduals and among groups of individuals; it does not descend extrinsically from on high.

Sowell, who has accomplished more for liberty than all thick libertarians put together, can be excused for balking at a label that is so often associated with people and ideas that undermine society. Too many libertarians still don’t realize that cultural conservatism, and its attendant focus on voluntary, non-state associations, is essential to the maintenance of liberty.

The relationship between libertarianism as a simple set of propositions relating to the just use of force and wider sociological concerns is a topic that is becoming more discussed in recent years. During the 80s and 90s as libertarianism was coming into a wider audience, the Rockwell-Rothbardian circles began to hone in on the importance of culture after the libertines crept into the movement. For them (the libertine libertarians), libertarianism was about more than just legal matters per se; it was also about a sort of social revolution that sought to undermine norms and traditions. And thus, paleo-libertarianism was born as a reactionary attempt to clarify the subject of political theory.

The paleo movement quieted down some in the late 90’s and the 2000s, but as cultural concerns are rising again, these topics are back. What is the relationship between libertarianism and culture?

One of the most concrete ways of thinking about the relationship between social conservatism, or at least a bourgeois pro-wealth and pro-social norms mindset, is as follows:

Hans Hoppe observes in his Democracy book that conservatism (which tends to be “empiricistic, sociological, and descriptive”) focuses on “families, authority, communities, and social ranks while libertarianism (which is “rationalistic, philosophical, logical, and constructivist”) focuses on the “concepts of property, production, exchange, and contract.” And therefore the former is the “concretization” of the latter. Conservatism needs a theory and libertarianism has practical expressions –that is, a natural and physical order. If conservatism desires to return to a “moral and cultural normalcy,” it needs libertarianism’s consistent and defensible antistatism.

The traditionalist conservatives (Nisbet, Kirk, etc) have as part of their definition an anti-ideology component of their worldview. That is, there is no rationalistic, normative, and constructivist body of thought that can be called the proper political theory. This is one of the areas in which they dissent from libertarianism and classical liberalism. This doesn’t mean the trad-cons cannot be our allies against Progressivism and Federal statism. In fact, they are quite useful for 1) defending traditional cultural conservatism against the liberal neocons; 2) opposing war and supporting decentralization; 3) attacking the ideologies of Progressivism and socialism.

But what conservative libertarians need to remember is that there is a sharp divide between what is rationalistic (political theory) and what is empiricistic (sociology). Understanding and separating these two fields of study can go a long way in properly understanding the relationship between libertarianism and cultural concerns.

Ben is a writer living in Ohio with his family. His reading interests are focused primarily on history and traditionalist conservatism and their relation to libertarianism. He is a contributing editor for Austro Libertarian.